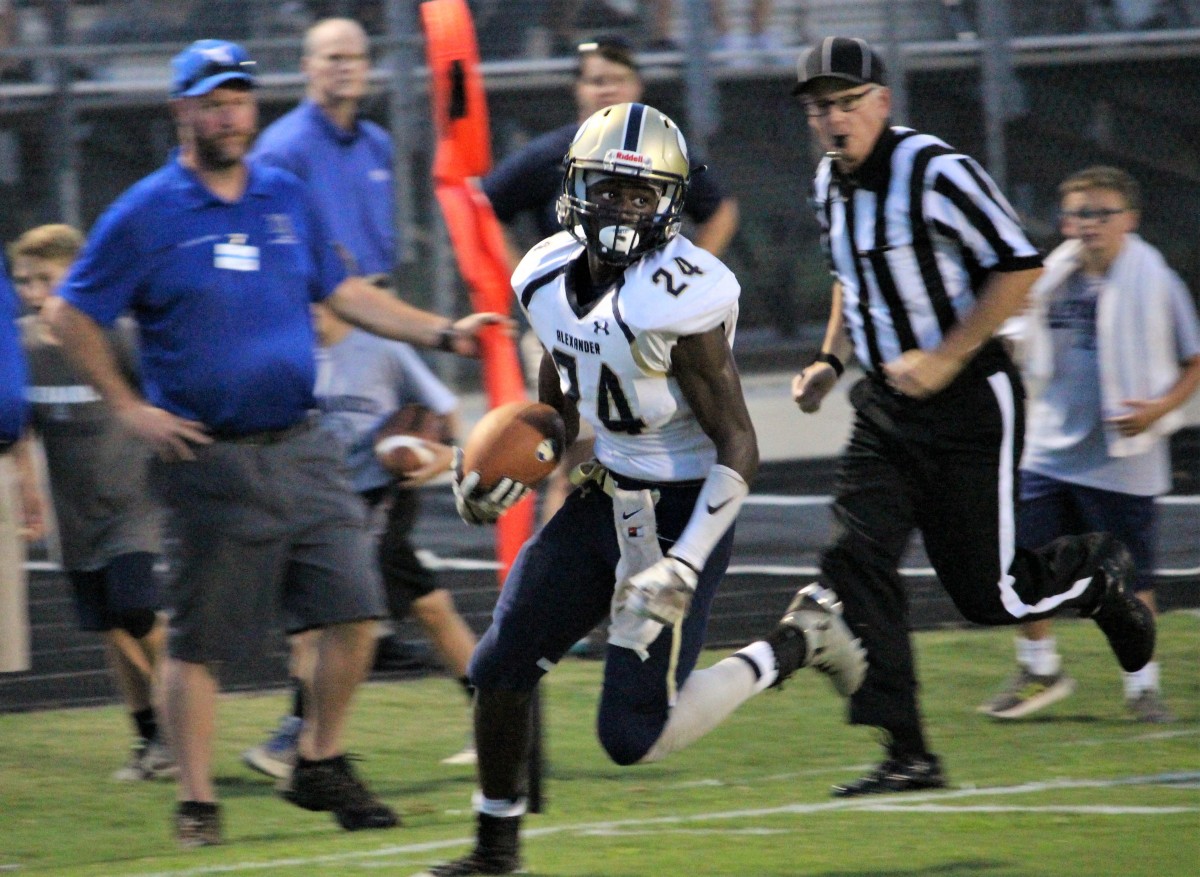 ACHS junior AJ Miller on the way to his TD of the first quarter vs. North Lincoln on Friday night.

The Alexander Central Varsity Football Team ran for over 500 yards and improved to 4-0 on the season with its 56-24 win over North Lincoln in Pumpkin Center on Friday night, September 7.

Alexander led 21-0 after one period and continued to roll over the final three quarters to take its fourth one-sided win of the season. With the win, the Cougars closed the non-conference schedule at 4-0 and upped their non-conference win streak to 12-0 dating back to 2016. 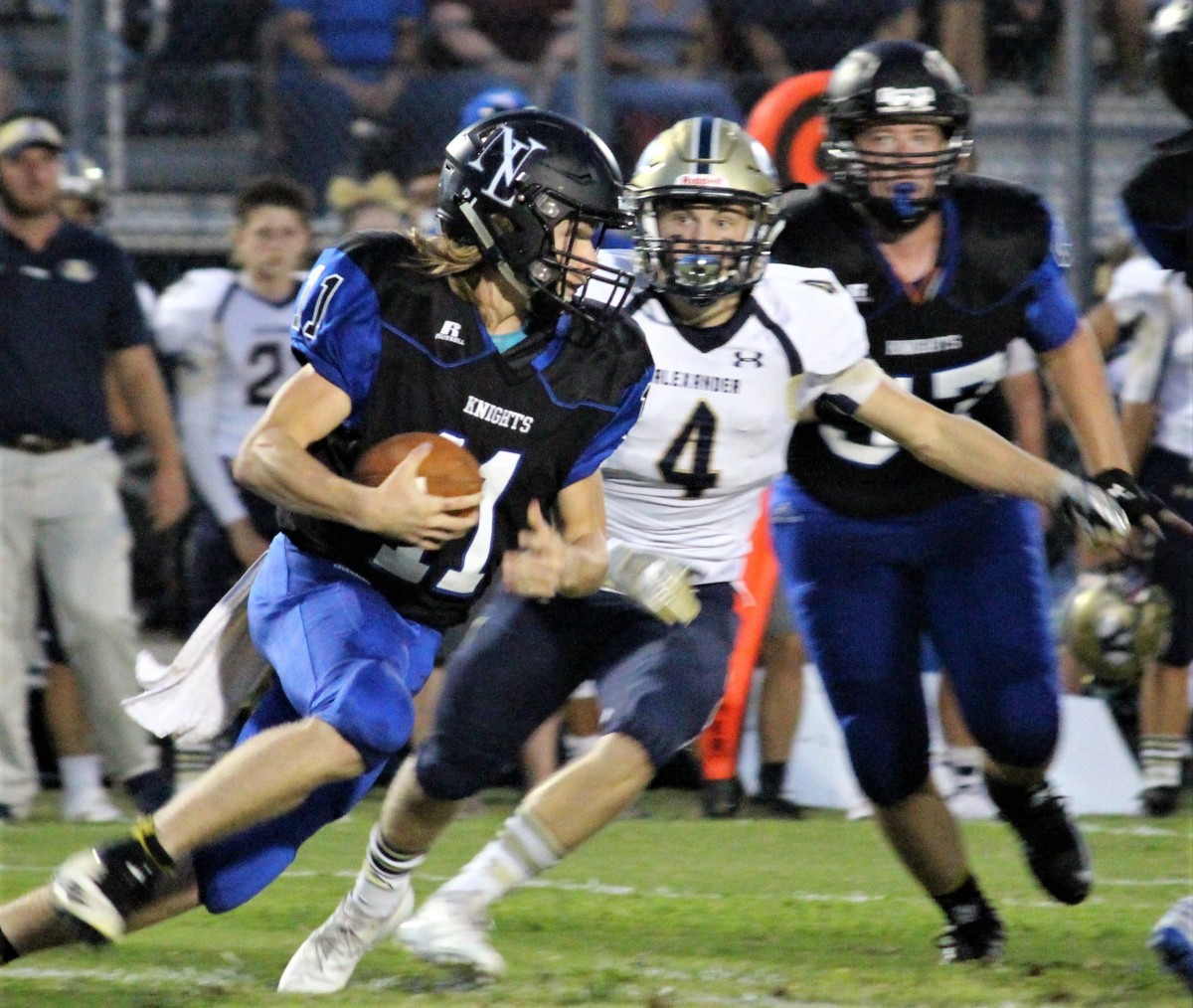 The Cougars will enjoy an open date next Friday, September 14. The team is slated to return to action in the NW 3A/4A opener on Friday, September 21, when it hosts the West Caldwell Warriors at Cougar Stadium.

Make sure to pick up the September 12 edition of The Taylorsville Times for more photos and details from Friday’s win at North Lincoln. 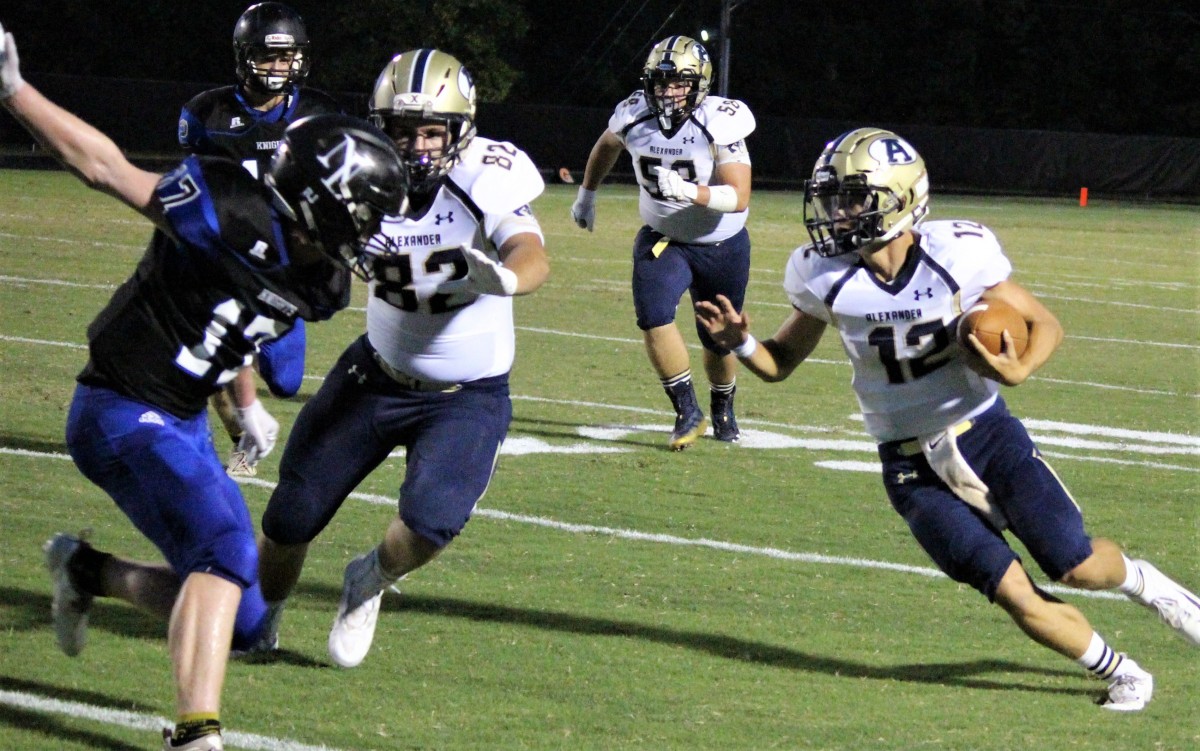 Junior QB Easton Rhoney picks up a block from Zach Hatton for a nice gain against North Lincoln. Later in the game, the Cougar signal caller busted a 96-yard scoring run.