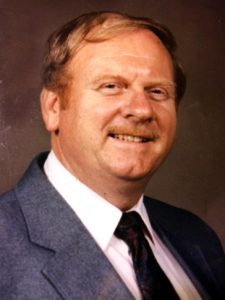 George was a long time resident of the town of Taylorsville, with many ties to the field of educatio,n serving as a teacher and a school administrator, and respected by many.

George was born in Westfield, Massachusetts, and lived most of his childhood and early years in Southwick, Massachusetts. George was a graduate of Westfield High School, and an Air Force Veteran serving in Turkey as a communications specialist for several years before being honorably discharged.

George was preceded in death by his sister, Marion and husband James Markl of North Carolina; his brother, Harold of East Windsor, Connecticut; his father, George Sr, and mother, Dorothy, both of North Carolina.

George leaves many loving friends and family including his niece, Brenda Tooley and husband Simon of Massachusetts; and their children, Taylor and wife Erin, and Dean Tooley. George was also a new great-great-uncle this past April.

Services for George, at his request, will be held privately at the convenience of the family with burial in Massachusetts near his parents.

In lieu of flowers, donations may be made in his memory to: The Alexander County Public Education Foundation, 700 Liledoun Road, Taylorsville, NC 28681.