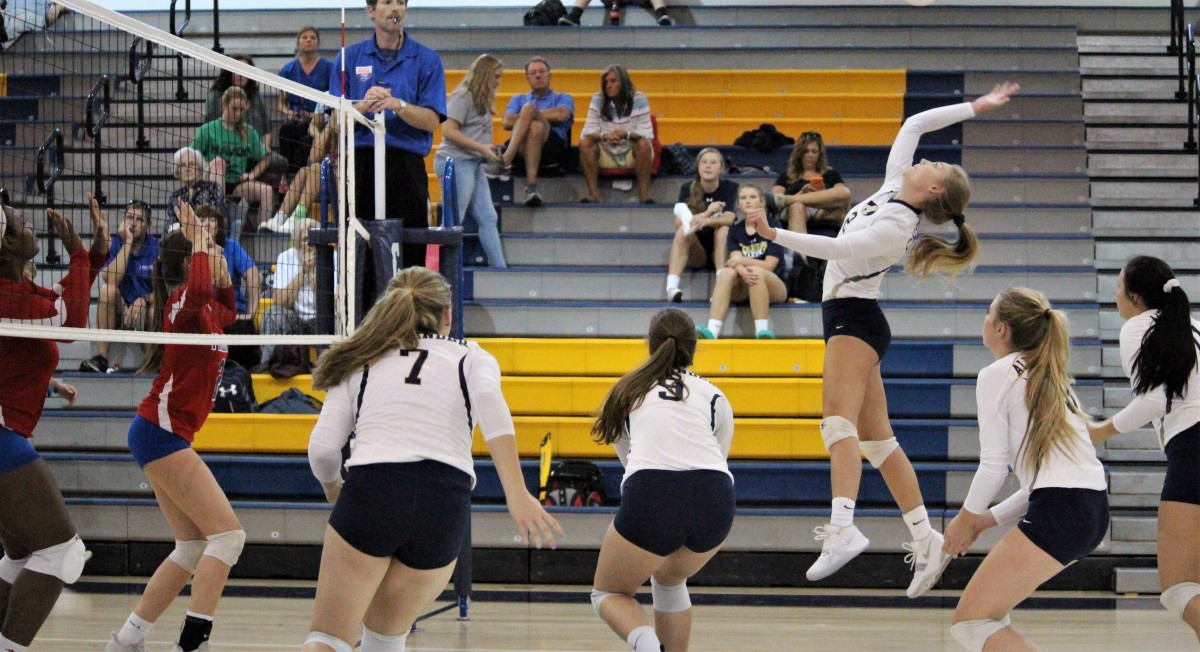 Alexander sophomore Gracie Harrington goes airborne to hit this winner versus Freedom on Thursday in Taylorsville.

The Alexander Central JV Cougars won their match 2-0 and upped their overall record to 13-3 on the season. The win allowed the JV Cougars to improve to 7-1 in league contests. 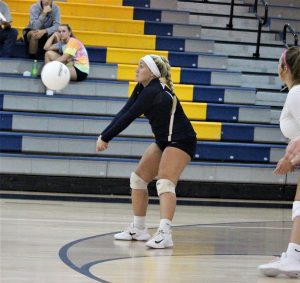 Senior libero Bailey Williams  sets up a teammate on this shot vs. the Lady Patriots on September 20.

The Varsity Lady Cougars posted a 3-0 win over the visitors from Morganton and improved to 7-9 on the season. The ACHS squad upped its league record to 6-2 with the win.

The Alexander Teams are slated to play at St. Stephens High School in Hickory on Monday, September 24.