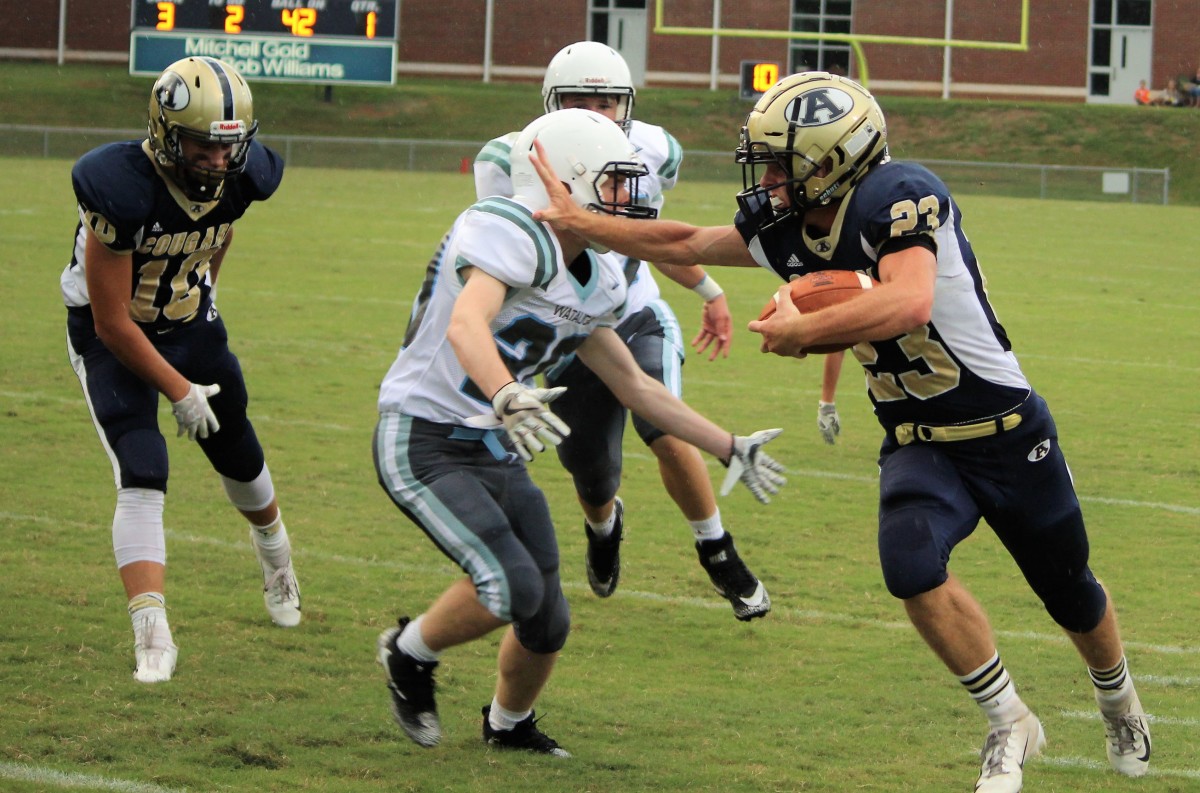 Daniel Morgan runs through a tackle attempt against Watauga in Thursday’s game in Taylorsville.

In the game, which was stopped early in the third period due to weather issues, the young Cougars posted a 32-0 victory over the visitors from Boone. The win upped Alexander’s record to 4-0 this season and increased the school’s JV football winning streak to 27 games. 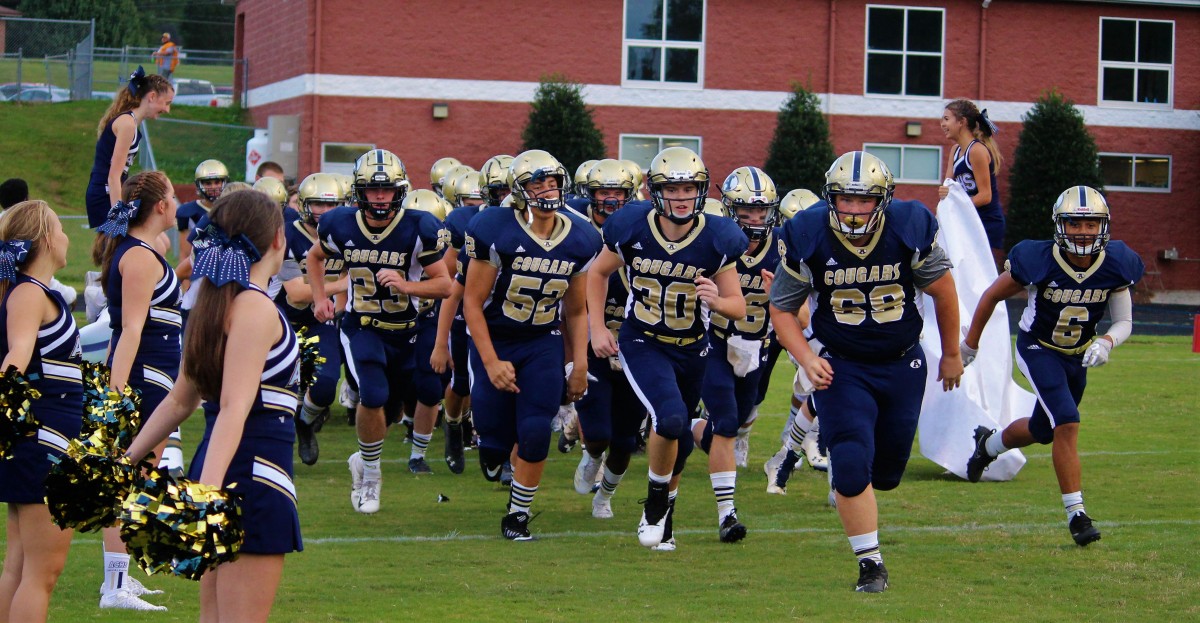 The fired-up JV Cougars take the field for Thursday’s home game vs. Watauga.

ACHS totaled 212 yards of offense in just over one half of play. The Cougars held Watauga to just 51 total yards.

The unbeaten Cougars will travel to Morganton to face Freedom on Thursday, October 4, at 6:30 pm. 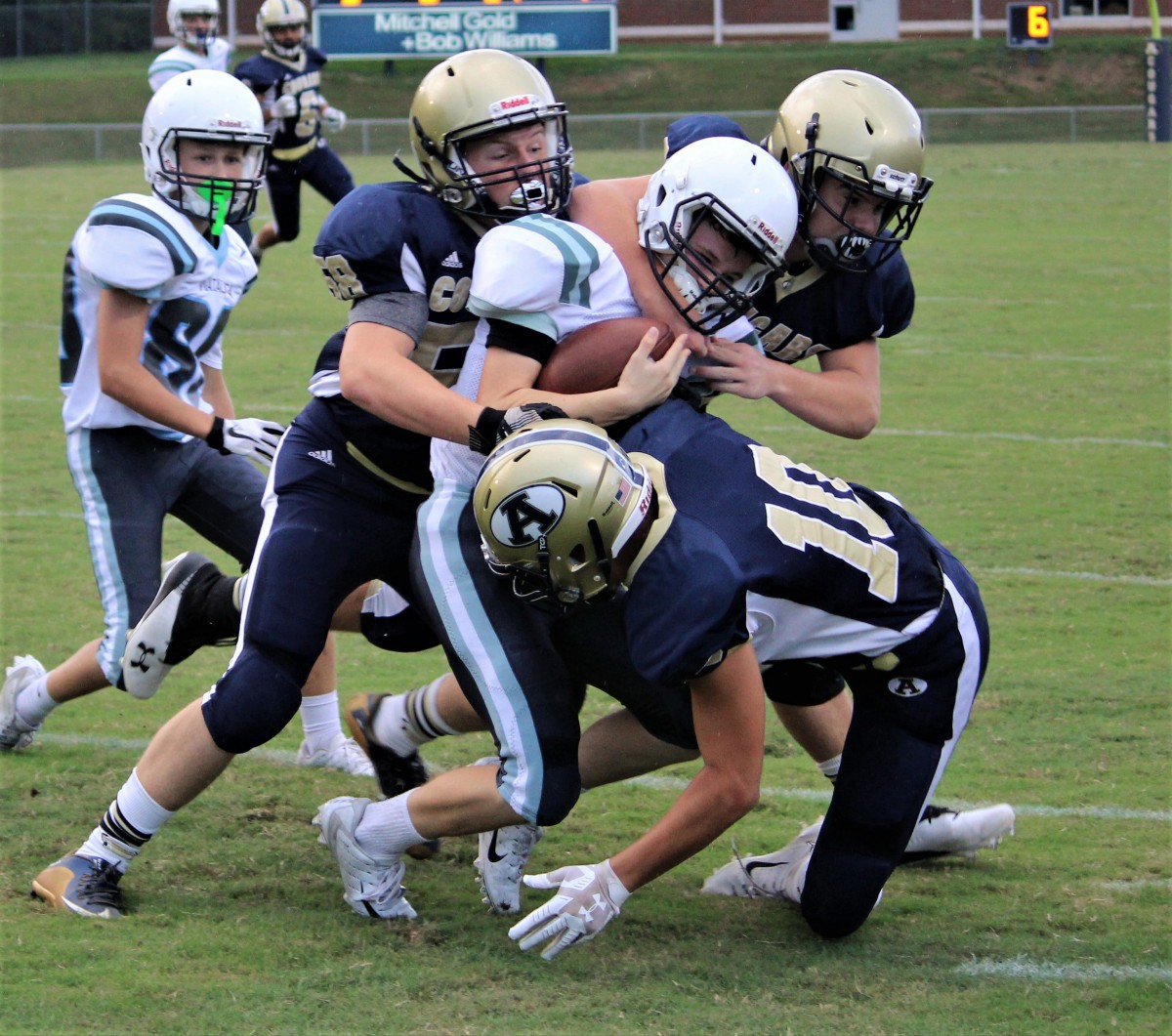