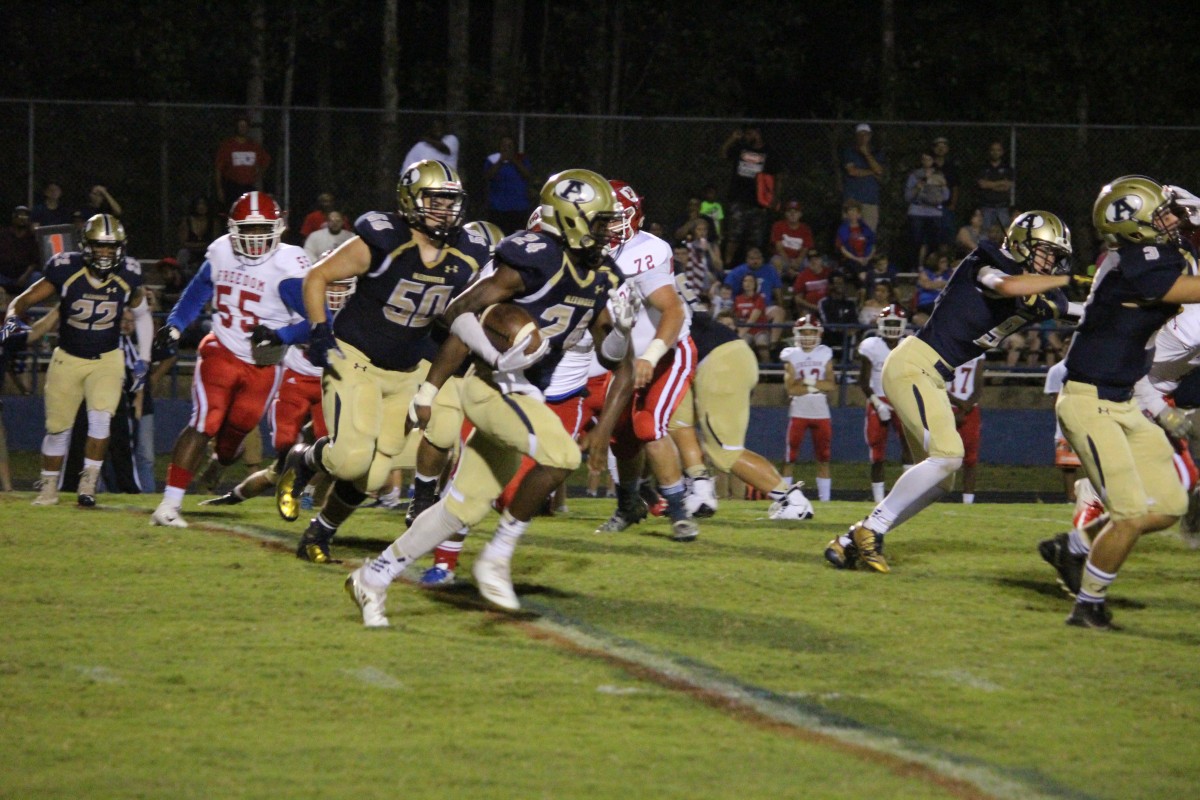 The Freedom Patriots led 30-6 at the half and rolled to a 38-6 win over the Alexander Central Cougars on Friday night, October 5, in Taylorsville.

The Patriots ran their current win streak to six straight and handed the Cougars their second loss in as many weeks in the 32-point win on Friday.

Patriot quarterback Jayden Birchfield passed for 328 yards and two touchdowns through the air to lead the Patriot assault. He also ran for one TD.

The win allows Freedom to remain unbeaten in league play. After losing the opening game to Shelby, the Pats have won six straight games.

The Cougars dropped their second straight game after opening the season with five straight wins. The Cougars have lost back to back games for the first time since losing three straight games in 2016.

For the Cougars, AJ Miller led the offense with 93 rushing yards and Tevin Clark scored the team’s lone TD on a run in the first half.

Alexander will look to rebound next week when it travels to Marion to face the McDowell Titans on Friday, October 12, at 7:30 pm. 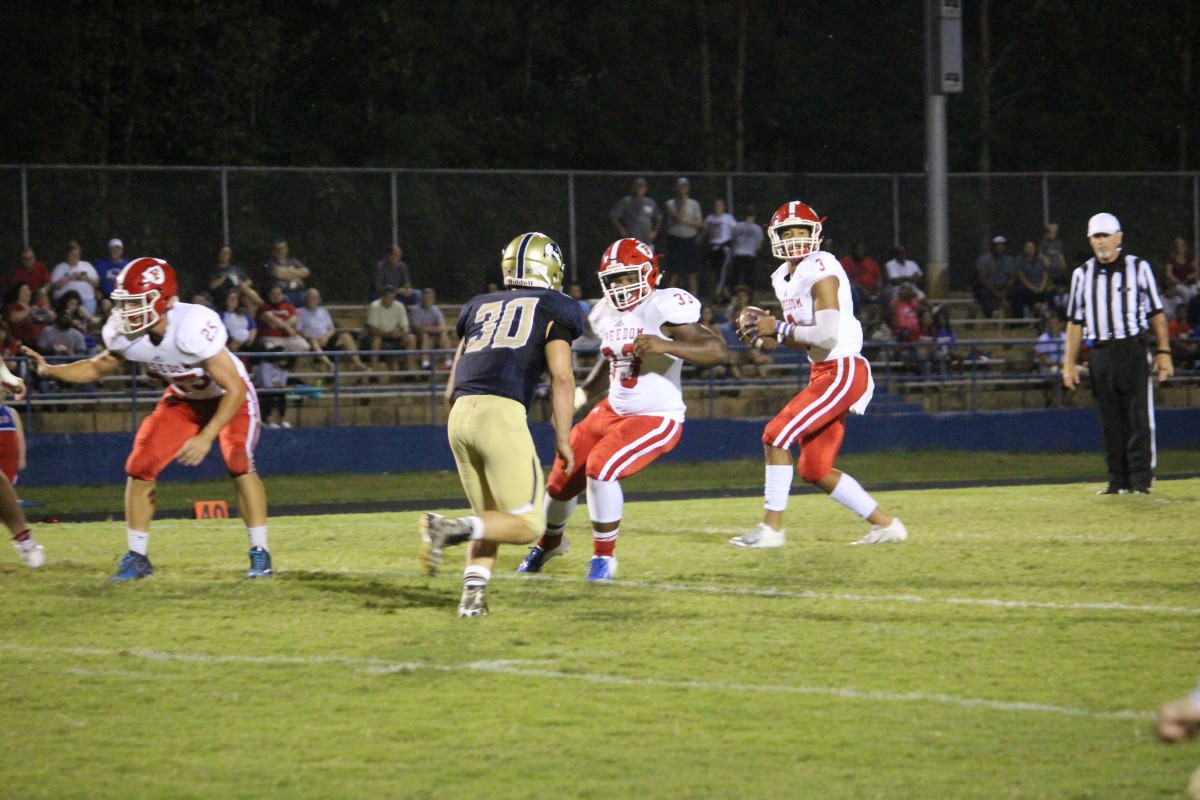