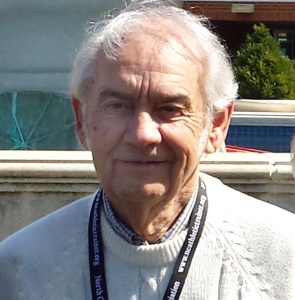 He was a US Navy veteran, who had served in the Korean Conflict. He was a member of Reformation Lutheran Church, where he taught Adult Sunday school class for 40 years. He had taught in the Alexander County school system for over 50 years.

He enjoyed playing golf and he also taught swimming lessons at Northwood Park swimming pool, where he also was a lifeguard. He was a Mason, a member of NC Coaches Association for over 60 years, received the Alexander County Key to the County, he received the Order of the Long Leaf Pine, and on November 19, 2018 will be inducted in the Alexander County Sports Hall of Fame.

Including his parents, he was preceded in death by a sister, Francis Whitley, and a brother, Eugene “Gene” White.

Those left to cherish his memory include his wife of 64 years, Barbara V. White of the home; two sons, Mark Richard White and wife Jada of Greensboro, and Jeffery Todd White and wife Donna, of Morganton; and three grandchildren, Stephanie, Kayla, and Alexandra.

A Celebration of Life Service will be held at 3 p.m., Saturday, October 13, 2018 at Reformation Lutheran Church. Rev. Mickey Moree will officiate. The family will receive friends immediately following the service.

Adams Funeral Home and Cremation Services is honored to be serving the White Family.