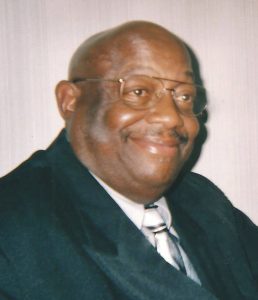 He was a graduate of Happy Plains High School. Before being a long distance truck driver, he worked for Broyhill Furniture. He had driven for Champion Paper and Carolina Mills, where he retired.

He was a lifetime member of Macedonia Baptist Church and the church was the love of his life. He was a member of the adult Sunday School class, on the board of trustees, the usher board, and a member of the male choir. He did the van ministry of the church, was a member of Adult Missionary Circle, Alexander County Union Missionary, Alexander County Association, and a member of the local NAACP. He enjoyed being outdoors, and his favorite place was the mountains. He enjoyed attending the local Senior Citizens Center, loved to play bingo, do word searches, and he loved his wife, Linda “Sweetie”, and his extended family.

Including his parents, he was preceded in death by a son, Roger Eller; a sister, Bettye Sue Mayes Lackey; and his former wife, Hazel Parsons Mayes.

Family members left to cherish and honor his memory include his wife, Linda Parks Mayes of the home; a son, Byron Eller and wife Mary of Stratford, Connecticut; two grandchildren, Sydney Williams and Ahmad Eller; two sisters, Mary Ann Elizabeth Mayes and Bessie N. Mayes, both of California; three brothers, Jessie “Buster” M. Mayes, Sr. and wife Fleeta, James “Jim” A. Mayes, Sr. and wife Jean, and Harvey L. Mayes, Jr. and wife Rhonda, all of Taylorsville; a brother-in-law, Russell Lackey of Statesville; also, Sterling Primus, Ronnie Howell, Mildred Mayes, and Wilma Howell, who were all reared in the home; and a number of nieces, nephews, cousins, relatives, and friends.

Adams Funeral Home and Cremation Services is honored to be serving the Mayes Family.