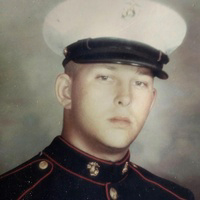 James Smith “Jim” Clark, 70, of Lenoir, passed away peacefully on Friday, October 19, 2018 at Mission Hospital, in Asheville, surrounded by family.

Mr. Clark was born on February 19, 1948, in Caldwell County, to the late Theodore C. Clark and Naomi L. Smith Clark. He was of the Baptist faith.

Mr. Clark served his country proudly in the United States Marine Corps during the Vietnam War and he worked in law enforcement for 22 years in Caldwell County.

Those left behind to cherish his memory are his wife, Alice Teague Clark of the home; a son, James C. “Jimmy” Clark and his wife Jennifer of Taylorsville; a daughter, Anna C. Schiltz of Hickory; four grandchildren, Gabrielle “Gabby” Schiltz, Luke Schiltz, Garrett Clark, and Maddie Clark.

A funeral service will be held on Monday, October 22, 2018, at 4:00 p.m., at Greer-McElveen Funeral Home and Crematory in Lenoir conducted by Rev. Jerry Reeves and Rev. Stuart White. The family will receive friends two hours prior, from 2:00 p.m. to 4:00 p.m., at the funeral home. Burial will follow the service at Blue Ridge Memorial Park in Lenoir with Military Honors by Caldwell County Veterans Honor Guard.