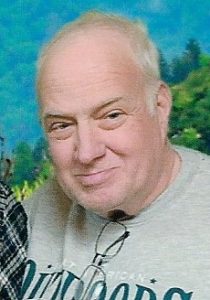 Ricky Leonard Hall, 66, of Statesville, passed away October 19, 2018 at Iredell Memorial Hospital after a brief illness.

Ricky was born June 17, 1952, in Surry County, to the late Leonard Harbert Hall and Edna Marie Sizemore Hall. He was employed by Star Milling Feed as a truck driver and was also of the Baptist faith.

In addition to his parents, he was preceded in death by his wife, Kay Frances Simmons Hall.

He is survived by two stepsons, James Billings and wife Sabrina, and Ricky Billings and wife Patricia, both of Trap Hill; a brother, Franklin Lee Hall and wife Hoyound of Clayton; two sisters, Donna Sue Melton of Booneville, and Lynn Gordon and husband Tiny of Mt. Airy; and five step-grandchildren.

Funeral services will be conducted at 3:00 p.m., Thursday, October 25, 2018 at Victory Baptist Church, 1074 Midway Road, Statesville. Rev. Mitchell Rash will officiate. Burial will follow in the church cemetery. The family will receive friends 2:00 – 3:00 p.m., prior to the funeral service, at the church.

Condolences may be e-mailed to the Hall Family by visiting our website at www.chapmanfuneralhome.com.