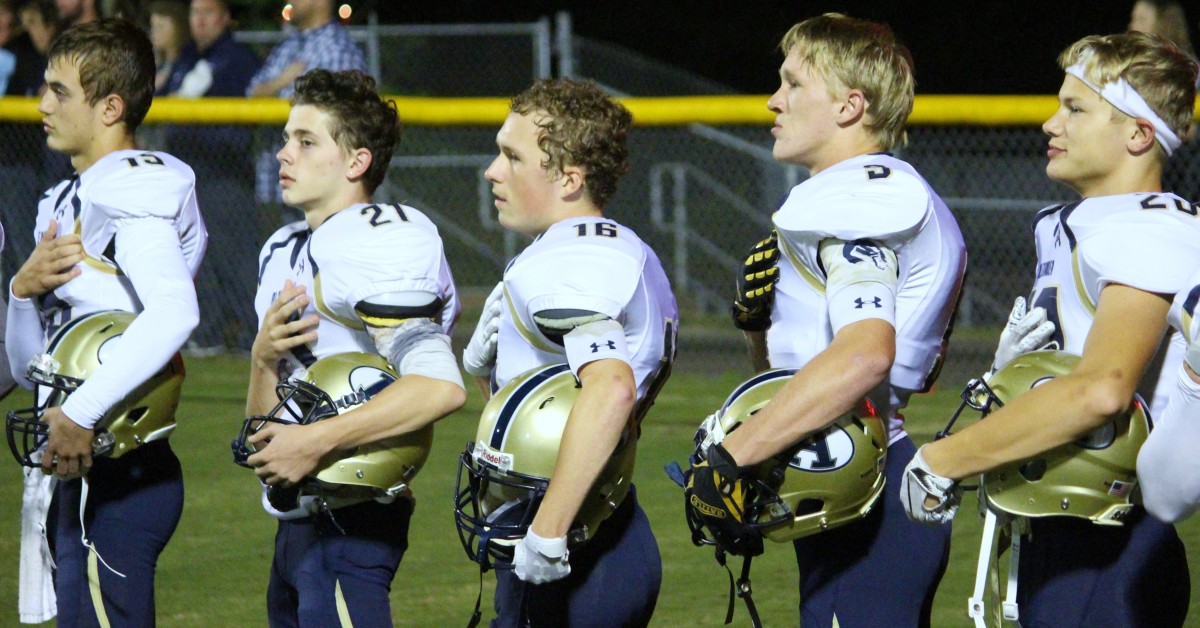 The ACHS Cougars honor America prior to Friday’s game at St. Stephens 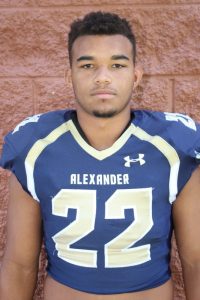 Tevin Clark had his best game this season vs. Saint, running for 128 yards and three TDs.

The Alexander Central Varsity Cougar Football earned its second straight NWC win and improved to 3-2 in league action with its 28-13 road win over the St. Stephens Indians on Friday evening, October 19, in Hickory.

After a sluggish first half resulted in a 7-7 tie at the intermission, Alexander came out strong over the final two quarters, outscoring the home team 21-6 over the final 24 minutes.

Alexander was led by senior running back Tevin Clark. The bruising back finished the night with 128 yards on 21 carries and three TDs. Clark’s 47-yard romp early in the third period put the Cougars on top for good and set off the second half rally.

Junior Colston Yount made his first start under center in place of the injured Easton Rhoney. Yount was effective carrying the ball, running 10 times for 86 yards including a 76-yard scoring run in the third. Sophomore Lance Justice also saw time at quarterback for Alexander, completing one of two pass attempts for 61 yards. Justice’s completion came on a 61-yard play to Jamison Benfield.

Saint’s Connor Williams had a big night passing the ball to teammate Zach Lee. Williams completed 13 of 21 passes for 225 yards in the loss. Lee was on the receiving end of 11 of Williams’ passes and finished with 220 yards receiving. Lee burned the Cougars on two long touchdown catches, covering 58 and 53 yards.

ACHS will return home for the 2018 Homecoming Game vs. Hickory High School on Friday, October 26, at Cougar Stadium.

Hickory won a crazy game over South Caldwell on Friday night, edging the Spartans 55-54. In the game, Hickory back Cody Young set a new HHS record for rushing with 361 yards on the ground. He also tied the Tornado record for TDs in a game with seven.