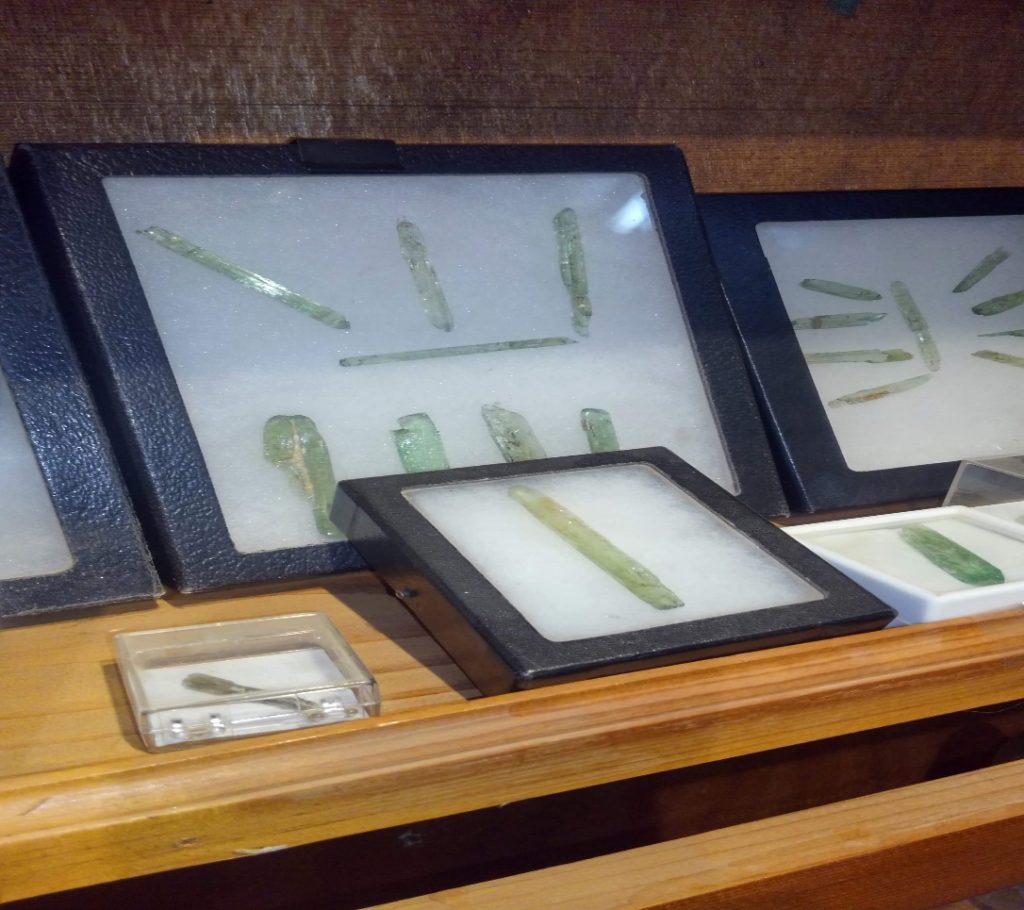 Thousands of dollars worth of gems were taken from a local establishment over the weekend.

Officers arrived and found that a window had been broken out and entry was made through this window, into the mine’s lapidary shop, where gems are cut, kept, and sold.

Display cases and other cases had been pried open. Two safes were gone through and gems that customers had left for work and awaiting pickup were stolen.

Any information leading to the arrest of individual or individuals will be submitted the Crime Stoppers Program for a reward.

Mike Watkins of Emerald Hollow Mine told The Times that some of the stolen Hiddenite specimens were from the Adams mine, which is now no longer accessible and is covered with a solar farm.  He noted the theft occurred sometime during Saturday night, Oct. 20.