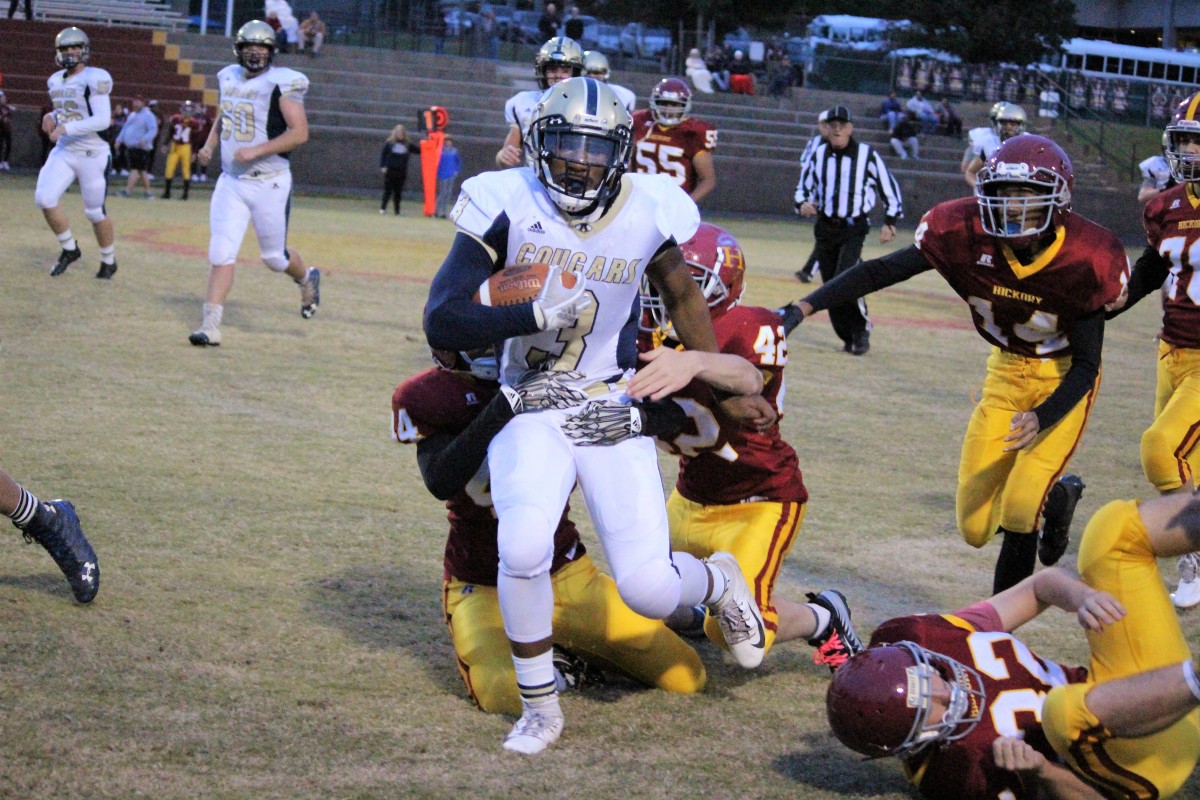 The Alexander Central JV Cougar Football Team built a 44-0 lead at the half and rolled to a 58-6 victory over the Hickory High Red Tornadoes on Thursday evening, October 25, at Frank Barger Stadium in Hickory.

With the resounding win, Alexander improved to 7-0 on the year and ran the program’s win streak to a whopping 30 straight victories.

In addition, Lance Justice and Daniel Morgan ran for one first-half touchdown each, while Cameron Lackey added an interception return for another score.

Morgan and Lackey added one more TD each in the second half to close the scoring for the Cougars.

ACHS will play at South Caldwell on Thursday, November 1, at 6:30 pm at Spartan Stadium in Sawmills.