In recent days, a state prison worker in Taylorsville has been charged with providing drugs to an inmate.

On October 25, 2018, members of the Alexander County Sheriff’s Office responded to the North Carolina Department of Corrections’ Alexander Correctional Institution, located on Old Landfill Road, in reference to an investigation about a prison employee possibly providing contraband to an inmate at the facility. After further investigation, Lisa Wilson Adams, age 53 of Lenoir, an employee of the NC Dept. of Corrections, was placed into custody. 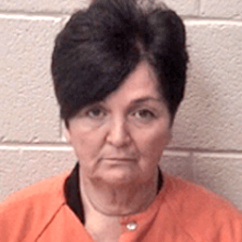 Adams was charged with two counts of Felony Providing Contraband to an Inmate and one count of Misdemeanor Providing Tobacco Product to an Inmate. Her bond was set at $25,000 and her first court date was Monday, October 29.

The Times reached out to NC Dept. of Public Safety for comment, and Director of Prisons Kenneth Lassiter stated : “The North Carolina Department of Public Safety has zero tolerance for anyone attempting to bring contraband of any type into our prisons. The Department has many hard working corrections professionals and it takes allegations of misconduct very seriously. Charges will be pursued against anyone who violates the law.”