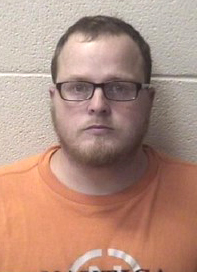 A Bethlehem man was placed in custody this week under a one million dollar bond, pending trial for sex offense charges, according to Alexander County Sheriff Chris Bowman.

On Wednesday, October 31, 2018, after a lengthy investigation, detectives from the Alexander County Sheriff’s Office obtained warrants on a Registered Sex Offender from the Bethlehem Community.  Bryan Christopher Fox, age 35, was arrested and charged with two counts of First Degree Statutory Sex Offense and one count of Indecent Liberties with a Child.

The incident Fox is charged with occurred between October 2012 and October 2013. Fox was arrested at his residence without incident and transported to the Alexander County Detention Center, where he was placed under a $1,000,000 secured bond.  He is scheduled for his First Appearance on Monday, November 5, 2018 in District Court in Taylorsville.  This case is still being investigated.