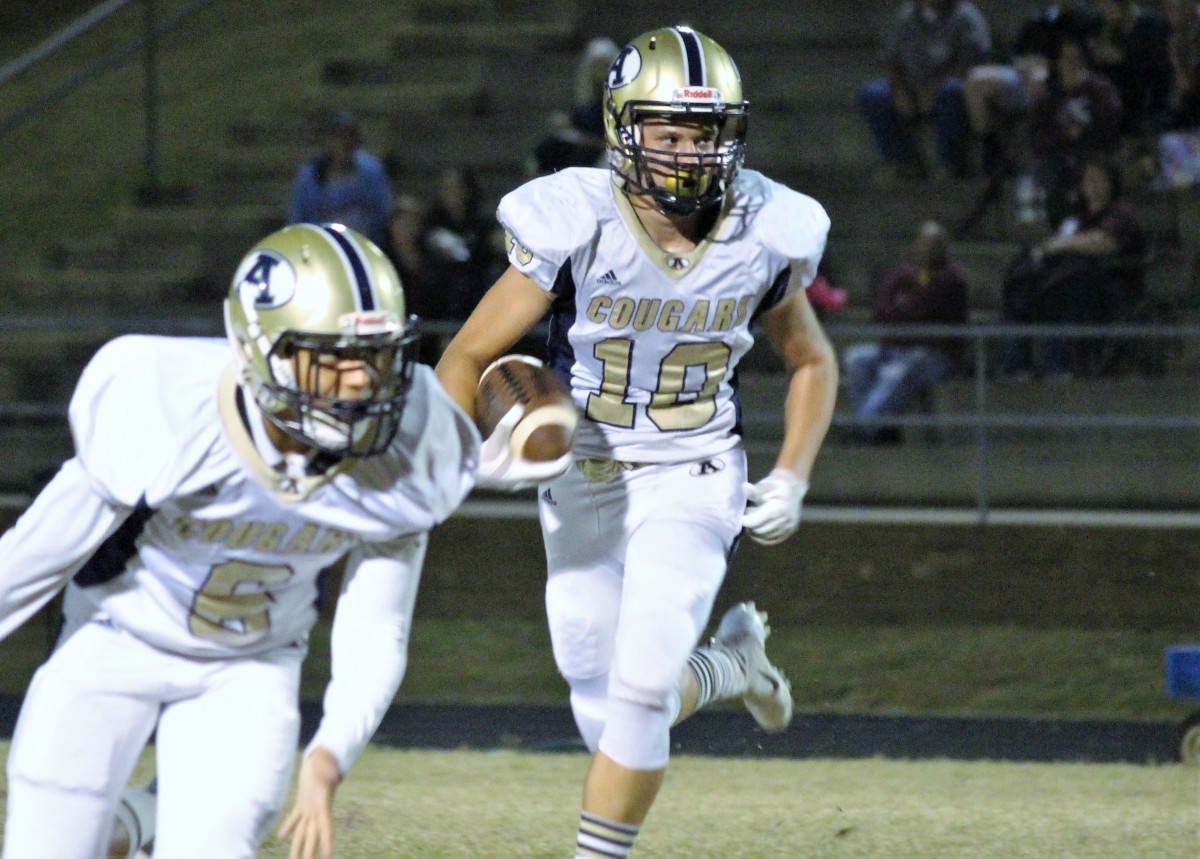 ACHS explodes in first half, rolls to   win

The Alexander Central JV Cougar Football Team built a 40-0 halftime lead and cruised to a 58-6 win on the road against the South Caldwell Spartans on Thursday, November 1.

With the one-sided win in Sawmills, the young Cougars improved to 8-0 on the season and ran the current victory street to 31 straight games. 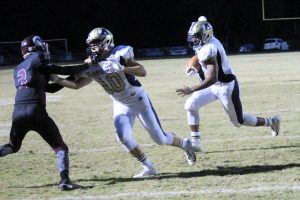 Dayente Calhoun takes advantage of a Josh Abernathy block on the way to a first-quarter TD Thursday evening.

ACHS dominated play from start to finish, outgaining the home team 407-105 in total yards. Alexander ran for a whopping 351 yards on the ground.

The Cougars led 14-0 with just under four minutes to play in the first half. However, the vistors exploded for four touchdowns in the final 3:46 of the first half to stretch the lead to 40-0 at the half.

Alexander added three more scores in the second half to win 58-6 for the second straight week. 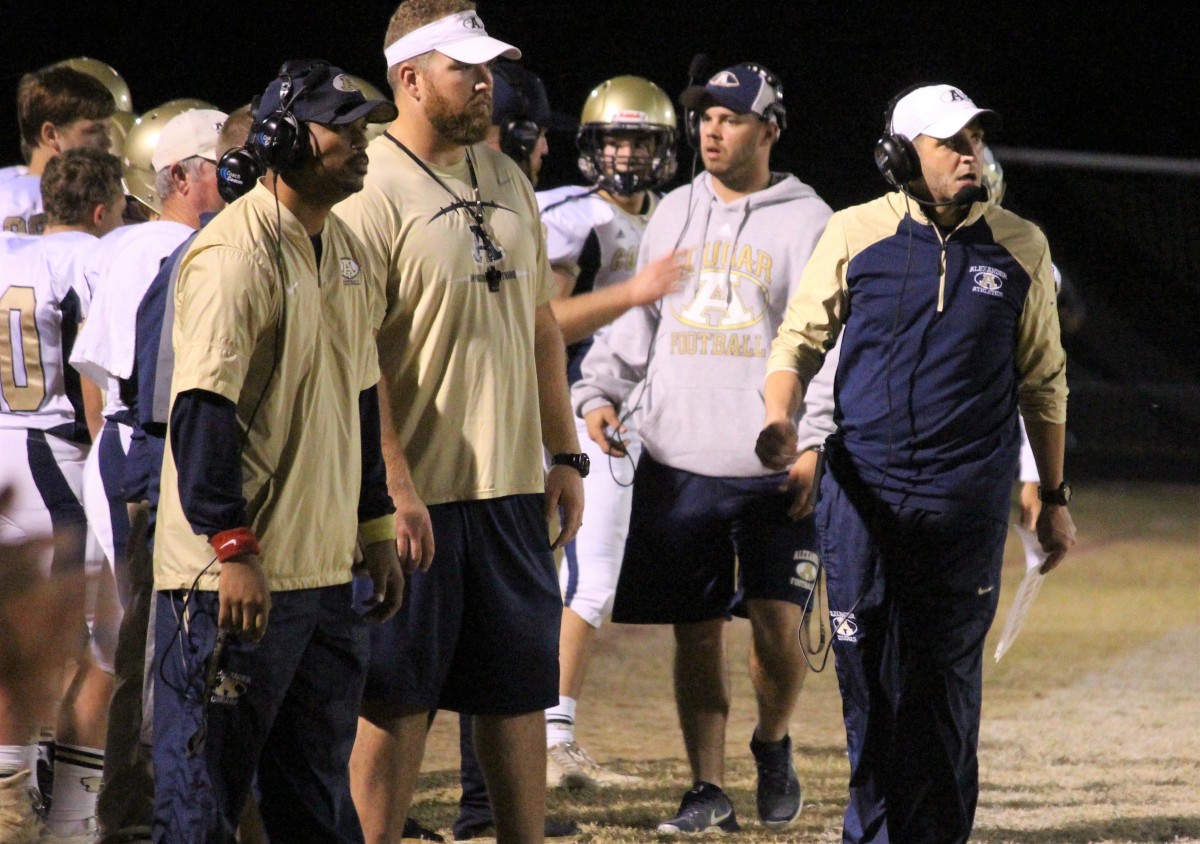 Daniel Morgan led Alexander with five carries for 115 yards and three TDs, while Dayente Calhoun carried eight times for 107 yards and two scores. With his effort in Thursday’s win, Morgan surpassed 1,000 rushing yards on the season.

Lance Justice had one rushing touchdown and completed a TD pass to Josh Abernathy. Brandon Craig added one rushing TD for the Cougars, while Russell Frasier returned a Spartan fumble 25 yards for a defensive score for ACHS.

The Cougar defense was led by Ibrahim Boston with eight total tackles and Tanner Abernathy with five stops. ACHS forced three turnovers on the night. Frasier had a fumble recovery, while Josh Abernathy and Peyton Payne had interceptions.

The Cougars will look to complete the school’s third straight unbeaten season on Monday, November 5, when they host McDowell in the season finale at Cougar Stadium. The game will kick off at 6:30 pm. 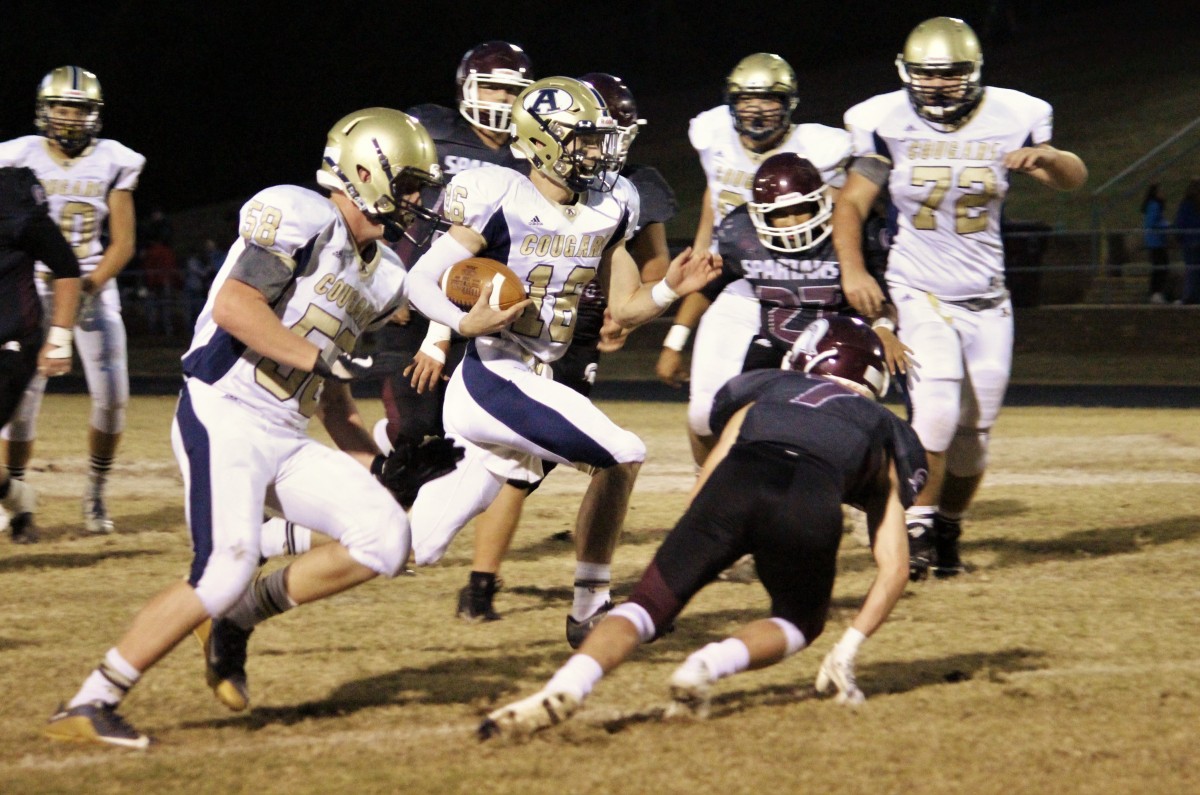