The Alexander Central Varsity Cougar Football Team built a 35-0 lead in the first half and cruised past the South Caldwell Spartans 56-22 on Senior Night Friday, November 2, at Glenn G. Wilson Field at Cougar Stadium.

The game was played with a sharp, brisk pace in the first half but stalled in the second half thanks to a huge amount of penalty flags on both teams. 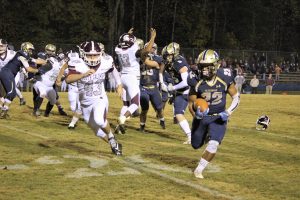 In Friday’s win over South Caldwell, ACHS defeated the Spartans for the third time in three tries for Head Coach Butch Carter.

ACHS committed 14 penalties in the win, while the Spartans were flagged for eight penalties. 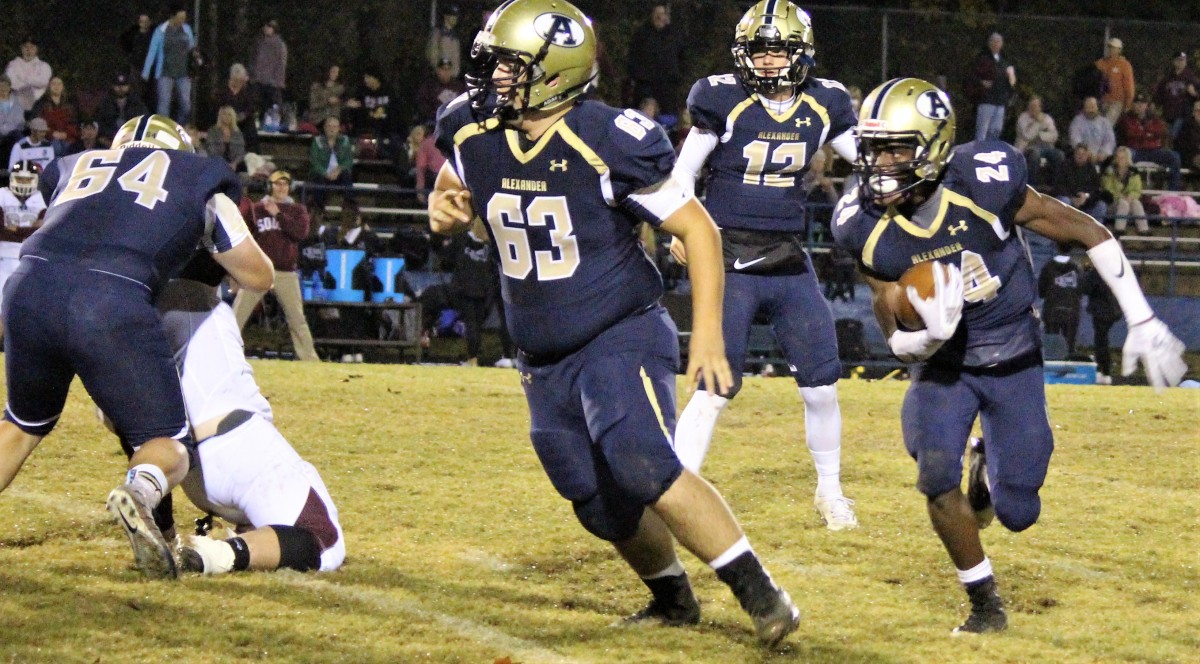 Alexander Central junior AJ Miller picks up a block from Kaine Allen on the way to a TD run Friday night.