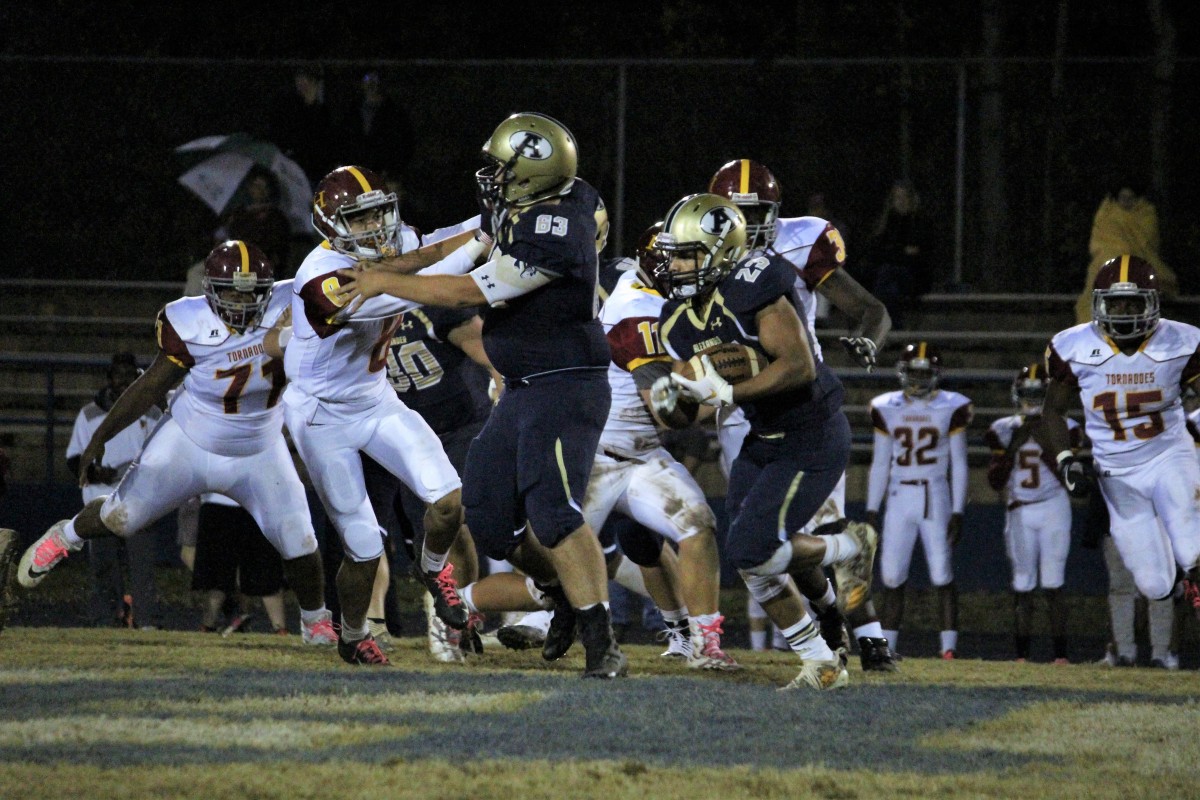 Steven Montgomery is on  the move for a nice gainer in the first period of Thursday’s win over Hickory.

Alexander Central’s Varsity Football Team rallied from a three-point deficit in the second half to take a 31-17 win over the rival Hickory Red Tornadoes on Thursday night, November 8, in Taylorsville.

After opening the game with a 14-0 start, ACHS looked poised to cruise to a Homecoming win over the Red Tornadoes. However, Hickory rebounded in the second period and tied the score at 14-14 at the half.

During halftime, ACHS crowned its 2018 Homecoming Princess and Queen. Tatiana Pierre was crowed the 2018 Homecoming Queen, while Tara Chatham was selected as the Princess. 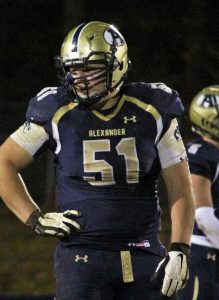 Isaac Chapman finished with 10 totals, including four tackles for loss in the win over the Hickory Red Tornadoes.

In the third period, Hickory took its first lead of the game with a field goal to close out a 17-0 run by the visitors.

ACHS recorded a safety to pull within one point at 17-16. Tornado quarterback Bryce Stober was flagged for intentional grounding in the end zone, resulting in a safety for the home team.

The Cougars followed the two-point safety with the eventual game winning TD on a 45-yard scoring pass from sophomore quarterback Lance Justice to AJ Miller. Justice, who entered the game in the second half following a first-half injury to starter Easton Rhoney, sparked Alexander’s offensive effort over the final two stanzas.

The Cougar passing attack, which has been much maligned all season, proved to be the difference maker in the Thursday’s win on the strength of Justice’s arm. The Justice to Miller hookup, coupled with a two-point conversion run by Miller, gave Alexander the lead again at 24-17.

After forcing a turn over on downs on Hickory’s next possession, the Cougars moved the ball back down the field to score a touchdown to secure the Alexander win. Tevin Clark capped Alexander’s final drive with a 10-yard scoring run with 4:42 to play in the game.

Alexander built its 14-0 lead in the first quarter, scoring one touchdown on defense and adding another offensively. Jamison Benfield intercepted a Stober pass and returned it 35 yards for Alexander’s first TD early in the first. 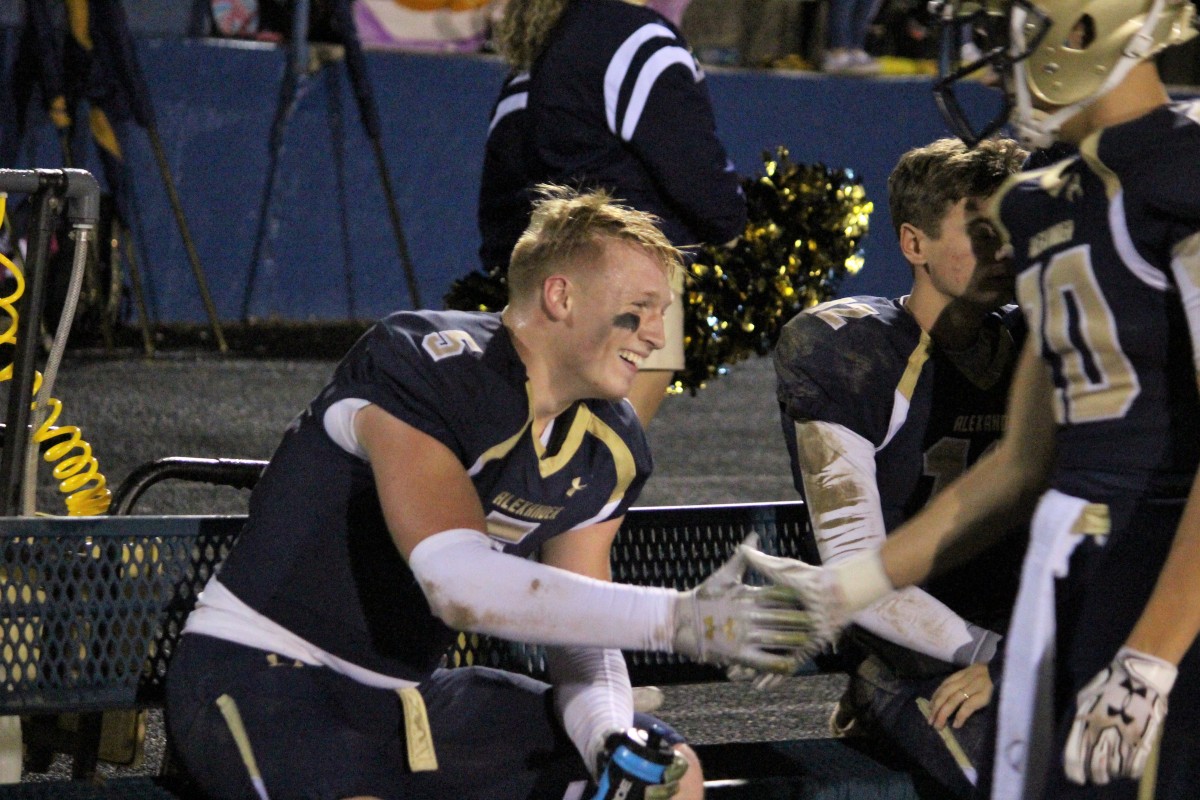 Jamison Benfield is congratulated by a teammate after his 35-yard interception return for a TD in the first quarter. Benfield also converted a key fourth down run on a fake punt in the second half.

Later in the opening period, Steven Montgomery rumbled in from nine yards for a 14-0 Alexander lead.

Alexander finished the game with 291 total yards, finishing with 165 yards on the ground. AJ Miller led the way with 62 rushing yards on 10 carries. Miller also had three receptions for 73 yards and TD.

Justice, who played most of the second half under center, finished five for eight through the air. The sophomore finished with 98 yards passing and a touchdown. 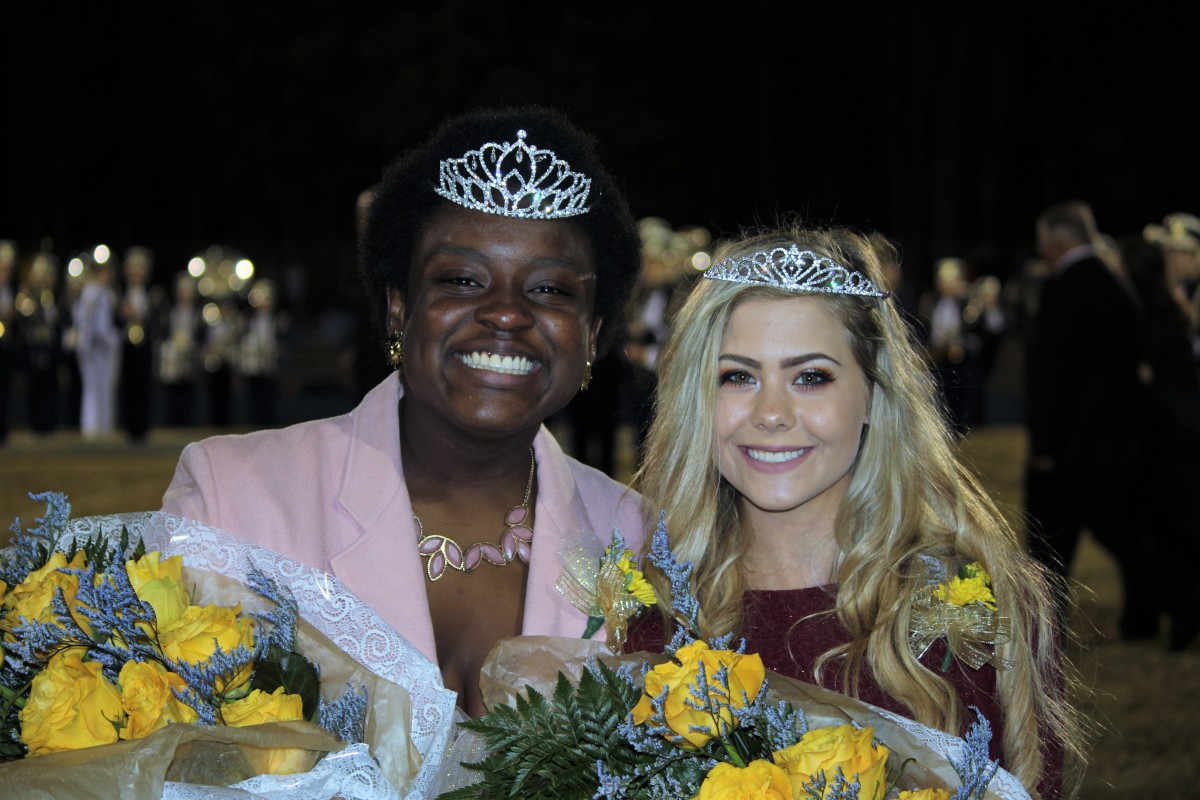 On Thursday, November 8, Tatiana Pierre, left, was crowned the ACHS Homecoming Queen, while Tara Chatham was picked as the school’s Homecoming Princess.