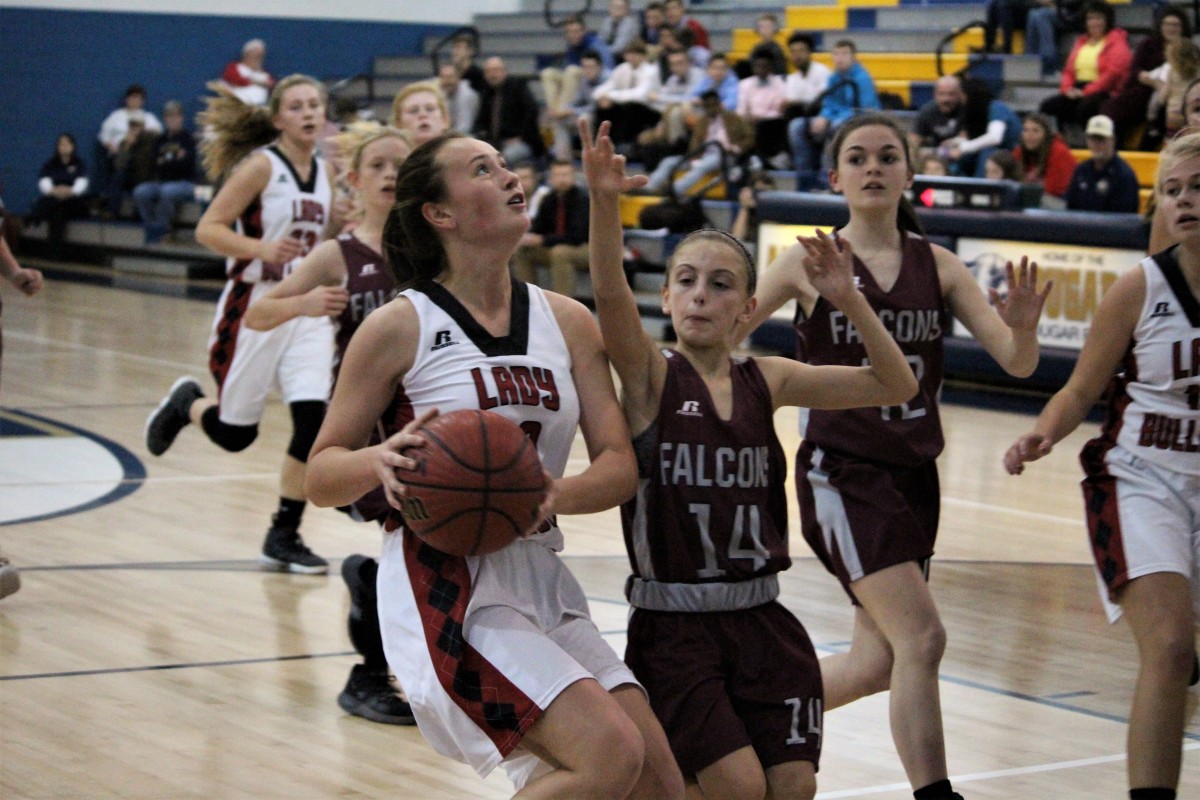 West Alexander’s Kaley McDaniels drives past East Lady Falcon Madison Oxentine on her way to the basket during Tuesday’s game in Taylorsville.

The West Lady Bulldogs opened the day with a one-sided win over East Alexander in the girls’ contest. West raced to a 21-2 lead after one period and cruised to a 47-14 win in Taylorsville.

West added to its lead with a 6-0 run in the second quarter and took a 27-2 lead into the locker room at the half. In the second half, West outscored the Lady Falcons 20-12.

A pair of West players finished the game in double figure. Sydney Hayes paced the WAMS attack with a game-high 15 points, while Hallie Jarrett notched a dozen points.

With the win, West Alexander improved to 6-0 overall and 5-0 in NW Middle School Conference play.

In the nightcap, West Alexander held off a second half rally by East to escape with a 36-27 win over its main rival from Hiddenite. 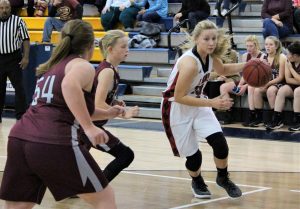 Lady Bulldog Sydney Hayes drives to the lane during West’s one-sided win over East. Hayes led all scorers with 15 points.

In the second half, West tried to break the game open, but the Falcons refused to go away quietly. In the third, the West lead grew to double figures before East rallied to pull within five points on two occasions.

In the end, the Bulldogs managed to hold of the Falcon charge for the nine point win.

Hammer led all scorers with a 17 point performance for West. Andrew Fox led the East comeback attempt with 10 points in the third period and finished the game with a team-high 14 points.

The win upped the West record to 6-0 overall and 5-0 in conference action. 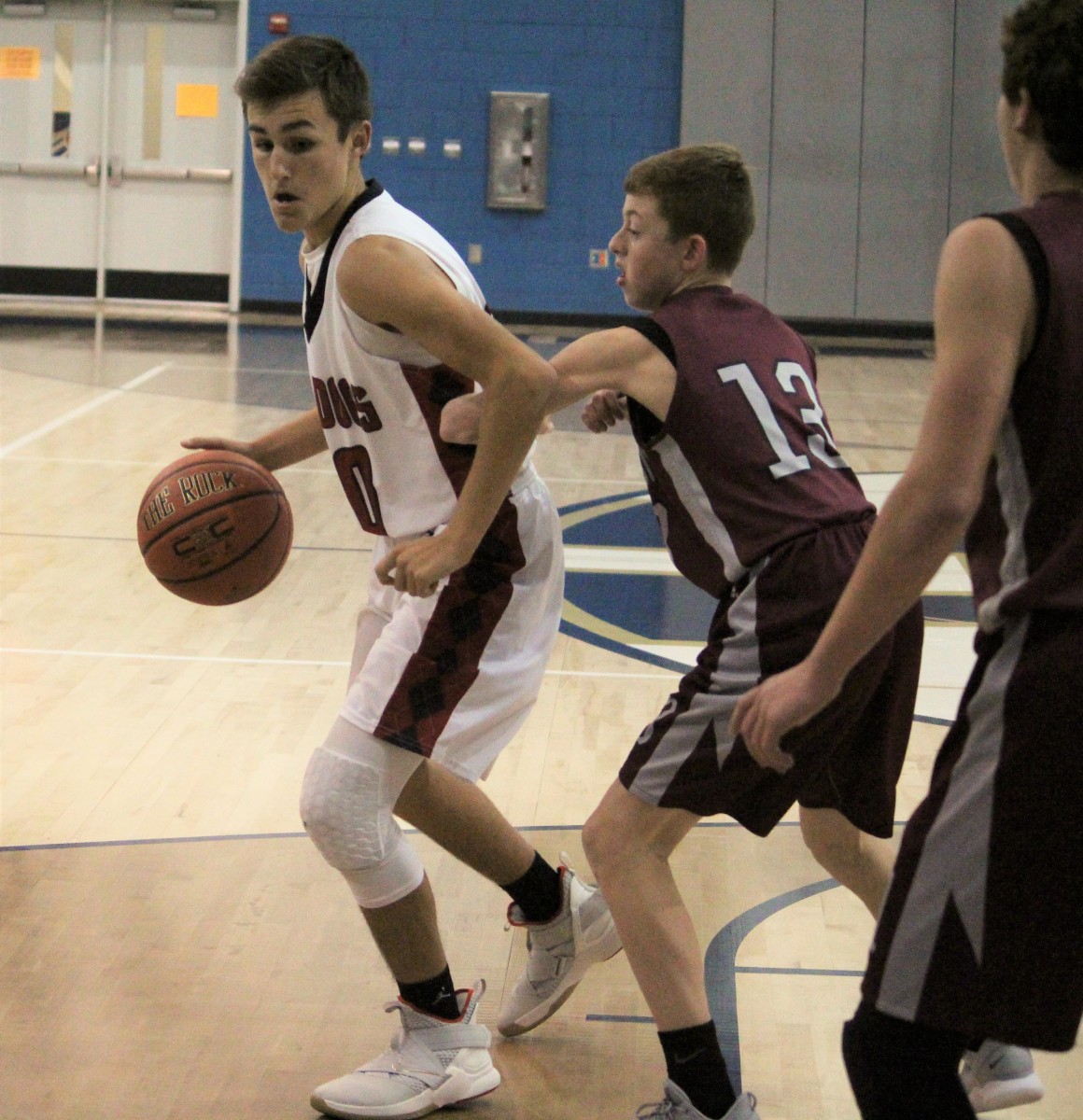