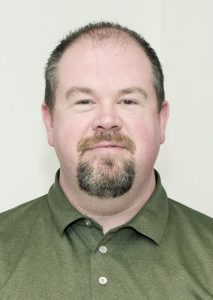 (UPDATE: This article was edited Nov. 30 to show the correct district for which Reese filed, District 4, and Dec. 3 to reflect the election cycle).

Newly elected Alexander County Board of Education member Matthew Reese has indicated he will not serve on the board, due to a technical issue. He was elected on Nov. 6, 2018, to represent School Board District 4 (for Sugar Loaf, Gwaltney #1-2, Millers, Sharpes #1-2) but now lives in District 2.

Reese wrote a letter to the Board of Education, which was shared with The Times.

“To The Alexander County Board of Education, please accept this letter as notification of my intent to not occupy the District 4 Seat. This is due to the fact that several months after filing, the property that we currently own became available through an estate, not realizing that it was not in the district in which I filed. I have been looking forward to working with you all. I wish each of you the best,” Reese stated in the letter.

Joel Harbinson, attorney for the Alexander County Board of Education, told The Times that Reese “did live within the district when he filed and, to my knowledge, even when the election actually began. I believe his new residence is one-half mile outside the district. That will create a vacancy in the board which the board will fill in any manner at its discretion. The vacancy will be acknowledged at the board’s next regularly scheduled meeting.”

“The person chosen will not serve the four-year term but only until the next general election in 2020,” Harbinson stated.

At that time, there will be an election, but only for the remaining two years of the term, not for a new four-year term.

The circumstance is unusual, and is one that officials haven’t had to navigate in past elections in the county.

Harbinson added, “I’ve never seen this happen before — and, to my knowledge based on my conversations with Patrick Wike at the Alexander County Board of Elections, neither had anyone at the State Board of Elections.”

The Board of Education’s next regularly scheduled meeting is Tuesday, December 11, at 6:00 p.m. at the Schools Central Office, 700 Liledoun Road, in Taylorsville.