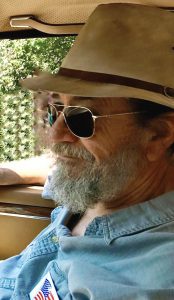 Gerald Blane Sopher, 64, passed away on Monday, December 3, 2018 at Carolina Caring in Newton.

He was a US Air Force veteran, and a US Navy Gun Systems Specialist. He was of the Christian faith. He dedicated his life as service to this country. He had a great love for guns and riding his motorcycles. He traveled all over the world with his work and was a great artist.

Including his father, he was preceded in death by a brother, Ronald Dean Sopher.

Including his mother, those left to cherish and honor his memory include his wife of 40 years, Grace Sopher of the home; and two daughters, Rosemarie Sopher of Austin, Texas, and Kirsten Sopher of St. Louis, Missouri.

Services will be held at Miramar National Cemetery in San Diego, California at a later date.

Adams Funeral Home and Cremation Services is honored to be serving the Sopher Family.