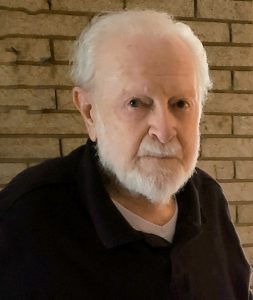 Mr. West was born September 19, 1929, in Cabarrus County, the son of the late Robert Cleveland West and Maxa Fisher West.

He was a US Army veteran, who served during the Korean Conflict, and was a member of the Taylorsville Presbyterian Church. He worked as a branch manager for Duke Energy and was also the owner of White’s Discount Store and Speedy Car Washes.

He loved riding his Harley, enjoyed playing golf, and loved his grandchildren.

Including his parents, he was preceded in death by his wife, Summa Sherrill West; four sisters, Ruby Smith, Ann Moore, Irene Malcom, and Geraldine Bailey; and a brother, Henry West.

A graveside service will be held at 11 a.m., Friday, December 7, 2018 at Iredell Memorial Gardens in Statesville. Rev. Paul Sink and Rev. Joel Simpson will officiate.

Adams Funeral Home and Cremation Services is honored to be serving the West Family.