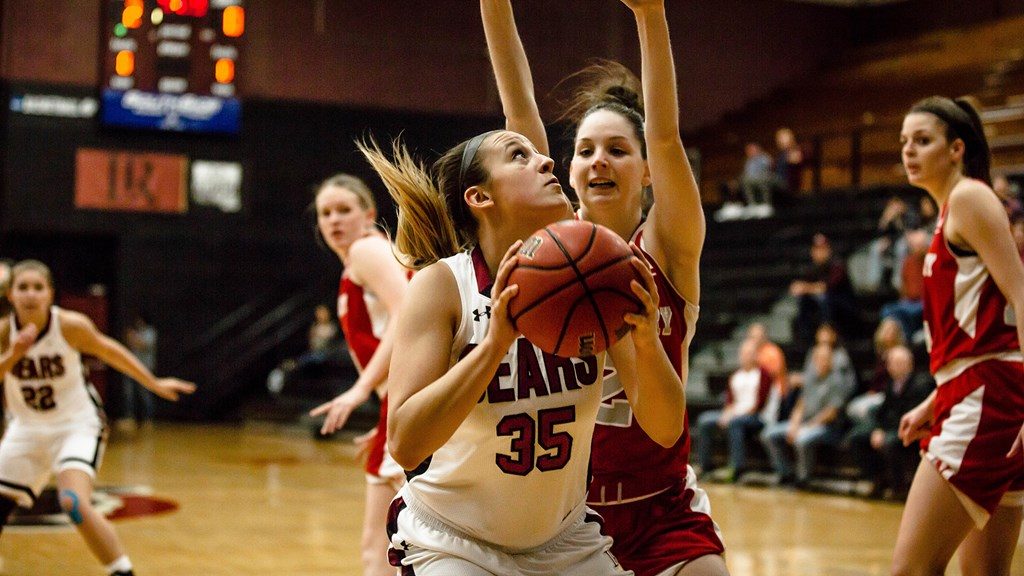 Jefferson City, Tenn. – The Lenoir-Rhyne University Women’s Basketball Team did something they haven’t done since Feb. 8, 2014, which is defeat No. 20 Carson-Newman on the road Wednesday by a final of 78-75. The Bears were able to snap Carson-Newman’s 27-game home winning streak and also led by as many as eight, which was the largest lead by any opponent inside Holt Fieldhouse during the Eagles’ winning streak.

STATS OF THE GAME:
•    The Bears were led by their three-headed monster of Madi Suddreth, Kendall Toineeta and Karlie Bearden. Toineeta flirted with a double-double as she scored 16 while dishing out nine assists in the contest. Suddreth scored her season-high of 30 points while Bearden added 14 of her own.
•    LR is an elite free throw shooting team, coming into the game ranking sixth nationally. They only added to that success, shooting 20-of-22 at the line, while the Eagles were excellent, 15-of-16, but had fewer attempts.
•    The road team was excellent shooting from the floor, as the Bears hit 27-of-56 (48.2 percent) while the Eagles were limited to just 26-of-63 (41.3 percent)
•    Points off turnovers was one of the most influential statistics in this one, as the Bears forced 17 while taking advantage and scoring 21 points off the Eagles’ mistakes. Carson-Newman forced 17 as well but only converted for 11 points.

BEYOND THE BOX SCORE:
•    Suddreth recorded her second-highest scoring output of her career with 30 points to propel the Bears in Head Coach Cameron Sealey‘s first win over a nationally-ranked opponent.
•    Toineeta has put up impressive numbers so far this season, ranking eighth in the nation in free throw percentage (94.1) and eleventh in the country in total assists (45) and 17th in assists per game (5.6).
•    The Bears ended a four-game losing streak in the series history with the Eagles while improving their overall winning streak to four and earning their first road conference win of the season.
•    The Bears are also undefeated in true road games this season, 3-0.

“We went to Madi Suddreth all night,” said Sealey. “She had a hot hand and wanted the ball. When you have your senior captain calling for the ball it just instills confidence in every player on the team. Kendall Toineeta almost had a double-double. I challenged both of those players before the game and have told them all season that I want them to be two of the best players in the conference. Late in the game, Hanna McClung knocked down some clutch free throws. Also, Karlie Bearden was huge for us all night. Her presence in every facet of the game was felt. She led us tonight and I’m proud of how she continues to grow.”

UP NEXT:
The road warriors look to keep their winning streak alive as they travel to Anderson University for another SAC battle on Saturday, Dec. 15 at 2 p.m.