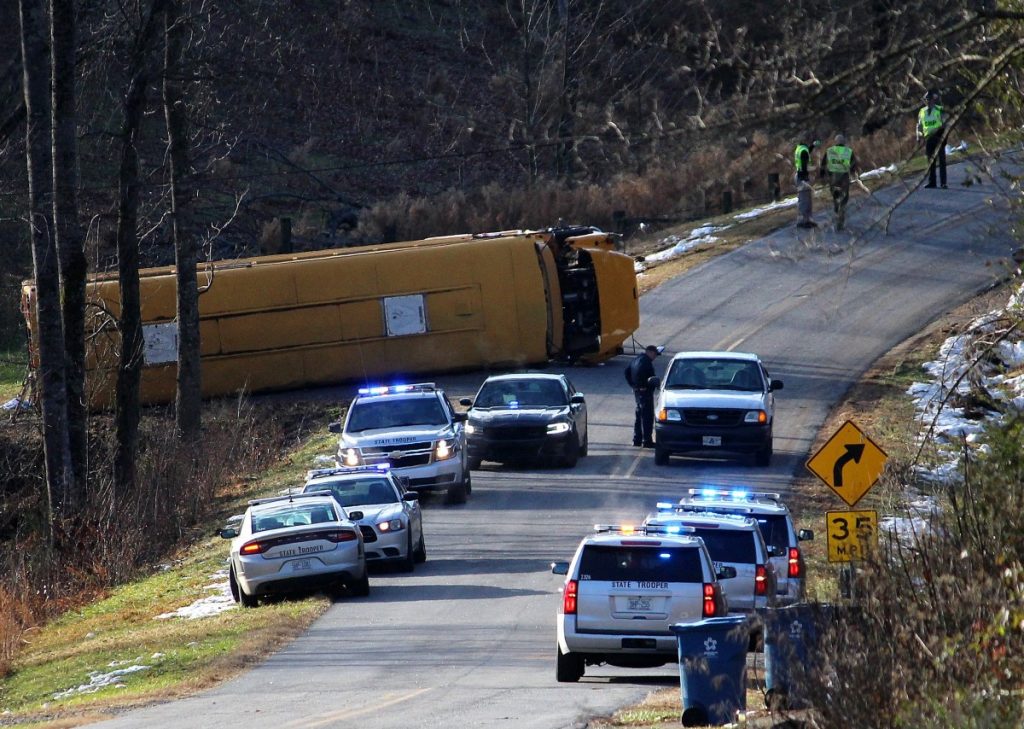 This photo shows the scene of the school bus crash on Dec. 17 on Icard Ridge Road.

Driver of other vehicle charged with DWI, child abuse

West Alexander Middle School Bus 159, transporting Alexander County Schools students, overturned on Icard Ridge Road, about 1/4 mile south of West Alexander Middle School, around 7:30 a.m. on the morning of Monday, December 17, 2018. There were 19 people on the bus and 13 people, including the bus driver, were transported to local hospitals. All are responsive, according to Dr. Jennifer Hefner, Alexander County Schools Superintendent.

A second vehicle was involved in the accident.

The school has contacted parents of students on the bus, and a call was sent to all parents via the parent notification system, according to school officials.

Jeffrey S. Swagger, Master Trooper with the North Carolina State Highway Patrol, stated that on Dec. 17, 2018, “at approximately 7:36 a.m., the NC Highway Patrol responded to a school bus collision in Alexander County on Icard Ridge Road. The school bus was transporting West Alexander Middle School children when the collision occurred approximately three-tenths of a mile south of the school. According to the initial investigation, a Toyota passenger car was traveling south on Icard Ridge Road, crossed the centerline, and collided with the school bus. The bus continued off the roadway and overturned.

The passenger car was operated by a female driver and there was a 10 year-old passenger in her car at the time of the collision. There was another child in the vehicle prior to the collision. Austin was transported to Frye Regional Medical Center, according to Trooper Swagger.

“The school bus was occupied by an adult driver and 19 children. Thirteen children and the bus driver were transported by EMS units from Alexander, Catawba, and Caldwell counties to various hospitals to include Catawba Valley Medical Center, Frye Regional Medical Center, and Caldwell Memorial Hospital. Twelve of the injured were categorized as minor and one was listed in critical condition. Six children from the bus were not injured and taken to the school. The children were able to escape or be removed from the bus via the emergency exit door.

As a result of their investigation, Troopers have charged the driver of the Toyota passenger vehicle, Kimberly Ann Austin, 56, of Taylorsville with Driving While Impaired and driving Left of Center, Trooper Swagger stated. A blood test was conducted and the results are pending. The case, as well as the results of the blood test, will be reviewed in consultation with the District Attorney’s office to determine if further charges are warranted. Ms. Austin was cited and allowed to remain at the hospital for medical treatment for several hours on Monday.

Later, Austin was released into the custody of the Alexander County Sheriff’s Office and was charged with two counts of misdemeanor child abuse. Sheriff Chris Bowman stated that Austin had one child in the car with her at the time of the crash, and had just dropped off another child a short time earlier. 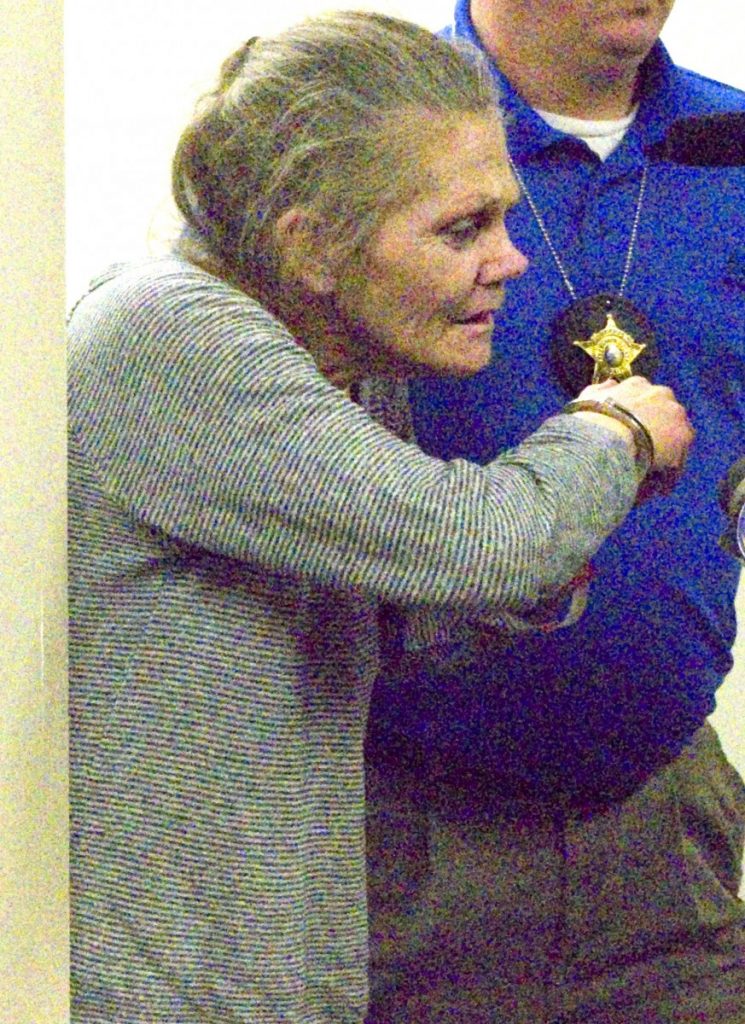 Kimberly Ann Austin is led into an interview room at the Alexander County Sheriff’s Office on Tuesday, Dec. 18, 2018.

Austin is being held at the Alexander County Detention Center under a $10,000 secured bond. There is a first appearance date scheduled for January 28, 2019, in Alexander County District Court.
By Monday afternoon, Dec. 17, all students, except two, had been released from the hospitals. Those two students, who were later transported to Brenner Children’s Hospital in Winston-Salem, were in stable condition. Later Monday evening, one of the two students was released from the Winston hospital.

The student hospitalized at Baptist (Brenner) following the bus accident “is recovering well, receiving care, and remains in stable condition,” according to Renee Meade, public information officer with ACS. “Preliminary reports from the parent indicate the student will be going home within the next few days. Please keep the student and all those involved in the accident in your continued thoughts and prayers.”