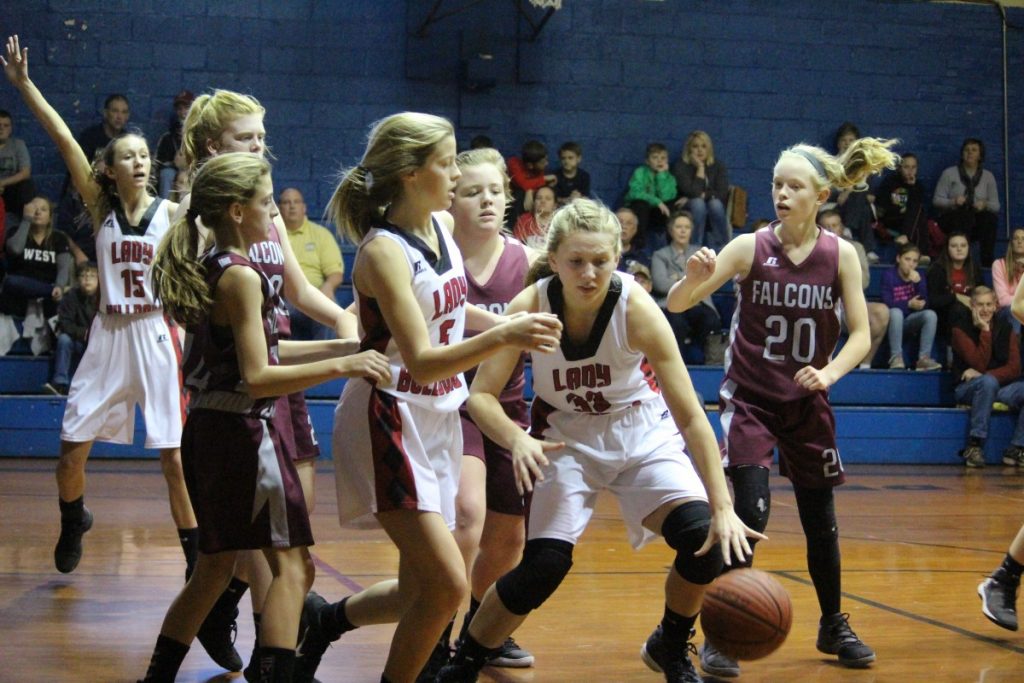 West’s Sydney Hayes controls the ball during Wednesday’s win over East in the title game.

The West Girls’ put a resounding stamp on a perfect season with a 40-16 win over East Alexander in the title game at GFMS. The Lady Bulldogs finished 2-0 in the tournament and closed the regular season with a perfect 13-0 record.

In the title contest, West built a 12-0 lead after one period and led 20-2 at the half. From there, the Bulldogs finished the deal, outscoring East 20-14 in the second half.

Behind 13 points from the duo of Sydney Hayes and Reid Pennell, West raced to its whopping halftime lead. Hayes scored seven in the first half and closed the game with a team-high 13 points for West. Pennell, who scored six points in the first half, also finished in double figures with 10 points.

Hallie Jarrett chipped in with seven points for West in the one-sided win.

For East, scoring was hard to come by in the first half. However, the Falcons picked up the offense in the second half, Anna Jordan paced the Falcons with seven total points, while Kirstyn Herman added five points.

In the championship nightcap, West Alexander and William Lenoir faced off in a showdown of the league’s best two teams all season.

In the end, the Bulldogs managed to secure the title, escaping with a 34-31 win.

A 9-0 West run early in the fourth period allowed West to take a 34-25 lead with just under two minutes remaining in the game.

However, William-Lenoir stormed back in the game’s closing stages. The Wildcats pulled to within three points and had a chance to tie the score at the horn. However, a last second three-pointer from midcourt narrowly missed its mark allowing the Bulldogs to prevail.

The West starting five accounted for all 34 of the team’s points. Chad Lasher led the way for the winners with 10 points, while JD Little contributed eight points. Avery Cook finished with six points and Luke Hammer and Jordan Linebarger scored five points apiece.

William-Lenoir’s Malek Patterson was the game’s high scorer with 12 points. 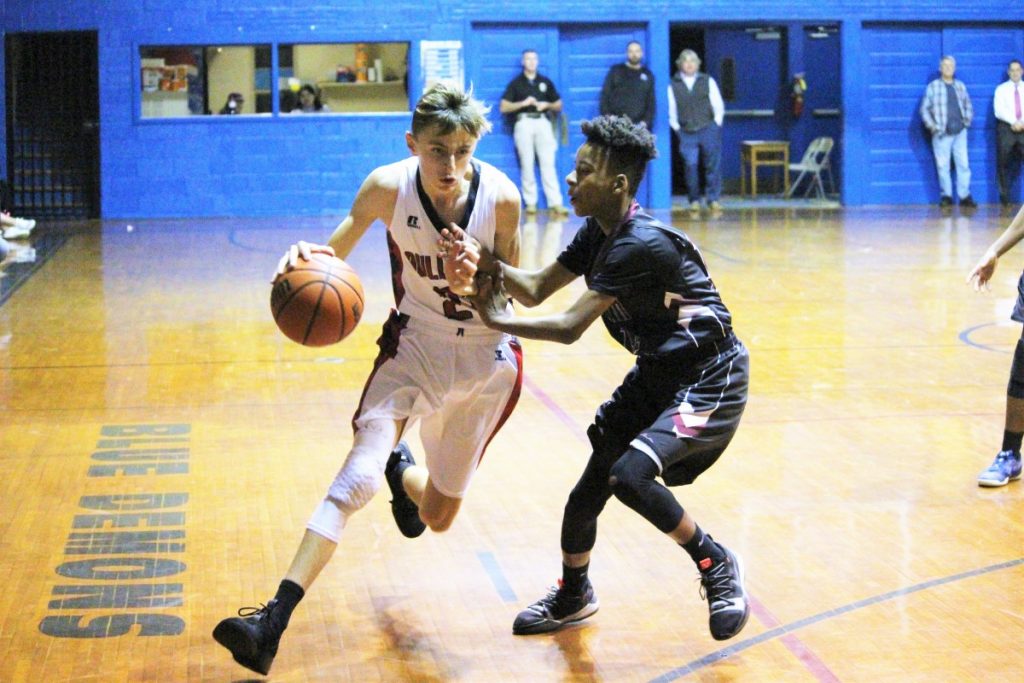