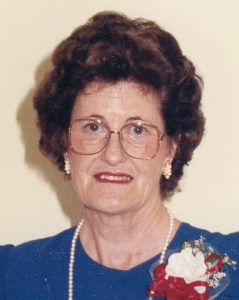 Lena Pauline Fox Deal, 93, of Taylorsville, passed away at Catawba Valley Living at Rock Barn on December 21, 2018 after an extended illness.

Born February 2, 1925, in Alexander County, she was the daughter of the late John and Maggie Willet Fox. Places of employment included Irene Cotton Mill and Carolina Glove Mill. Lena loved working in her yard, flower garden, and vegetable garden, as well as feeding birds and other animals.

Burial will be in the Friendship Lutheran Church Cemetery on Thursday, December 27, 2018 at 2:00 p.m.