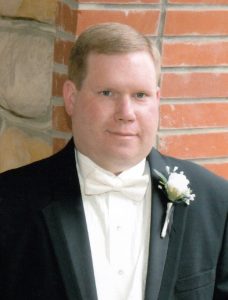 Jonathan “John Henry” Robert Paige, 47, of Taylorsville, passed peacefully from his earthly life to his heavenly life, surrounded by his family, following a lengthy illness on Friday, December 28, 2018.

Jonathan was the son of Gary and Norma (Richey) Paige of Taylorsville. In addition to his parents, he is survived by his sister, Elizabeth (Paige) Jackson and husband Jeff of Conover; his maternal grandmother, Lois Richey; his uncles, Jimmy Richey and wife Mary Leigh, and Matthew Richey and wife Libby; aunts, Helen R. Watts and Shaneta R. Turpin, all of Taylorsville, Shirley P. Warlick of Newton, and Martha P. Lackey and husband Eston of Fountain Inn, South Carolina; numerous cousins and his beloved dog, PeeDab.

Jonathan was known to most folks as “John Henry,” a name given to him by his maternal grandfather, Boyd Richey. Grandpa Richey named him “John Henry” after the Johnny Cash song “Legend of John Henry’s Hammer,” a song he loved.

Jonathan was a diesel mechanic, truck driver, and worked in the agricultural industry. As a child, he spent many days with his Grandpa Richey learning about hard work and with his maternal uncle, Matthew Richey, learning about diesel engines.

Jonathan enjoyed music and played the piano, banjo, guitar, trombone, and tube. He loved playing the banjo with his Grandpa Richey on the harmonica and his cousin, Travis Richey, on the guitar. Jonathan loved the look of joy on Grandpa Richey’s face when they played together.

He loved NASCAR and went to many races over the years with his dad. He loved anything with an engine, wheels, and a seat to ride. Jonathan was kind, caring, and compassionate. He did many acts of kindness for others, fixing vehicles, cutting fire wood, baling hay, and making home repairs.

He grew up in church at Antioch Baptist, where the foundation of his faith was laid and where he learned about caring for others. He went on several mission trips to West Virginia and San Paulo, Brazil.

The receiving will be held on Monday, December 31, 2018 from 4:00 to 6:00 p.m. at Antioch Baptist Church in Taylorsville. A celebration of life will be held on Tuesday, January 1, 2019 at 2:00 p.m. at Antioch Baptist Church. Burial will follow in the church cemetery. A meal for the family will follow in the church fellowship hall. The family requests that you wear jeans or “come as you are” to the receiving and celebration of life. Jonathan was a hard-working, simple person and was not a “suit” person.

Memorials may be made to “Harry’s Hands” at Antioch Baptist Church, 580 Antioch Church Rd, Taylorsville, NC 28681.

The family asks you to consider doing an act of kindness for someone else to honor Jonathan’s life.