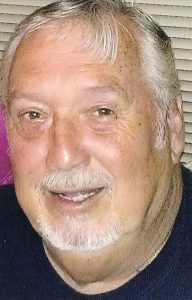 Ronald Howard Orren, 69, of Taylorsville, passed away on Tuesday, January 1, 2019 at his residence.

He was born on June 29, 1949, in Iredell County, to the late Cedric Howard and Pauline Brown Orren. He was a member of Little River Baptist Church, and in his spare time he enjoyed car shows, restoring cars, and playing card games especially, Rummy. Ronald was known for being a big jokester!

Along with his father and mother, he was preceded in death by three siblings, Carol Ann Shook, Brenda Orren, and Johnny Orren; and an infant son, Todd Orren.

Those left to cherish his memory include his daughter, Tonya Bousman and husband Aaron of Taylorsville; his son, Keith Orren and wife Alisha of Hiddenite; the mother of his children, Peggy Orren of Taylorsville; four grandchildren, Austin Steele and fiancée Leanna Lackey, Madison Steele, Payton Orren, and Vanessa Orren; a brother, Lee Orren; two sisters, Sharon Coffey of Taylorsville, and Hope Orren of Hickory; with a number of niece and nephews; and several aunts and uncles.

The family would like to give a special thanks to Carolina Caring care givers, Cherrie, Shonta, and Tonya, for their excellent care of Ronald.