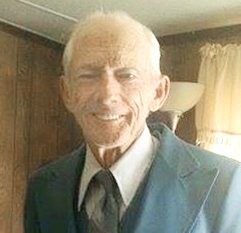 He was born in Buncombe County, to the late Grady W. McFee and Blanch Buckner McFee. Mr. McFee was a brick mason and a member of the Church of Jesus Christ Latter Day Saints.

Condolences may be e-mailed to the McFee Family by visiting our website at www.chapmanfuneralhome.com.