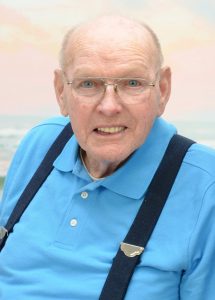 Lawrence Peter Patnaude, 75, of Taylorsville, passed away quietly with his family at his bedside on Thursday, January 17, 2019.

Born October 11, 1943, in Keene, New Hampshire, he was the son of the late Ralph Patnaude and Marie Provencher Patnaude.

His fondest childhood memory was growing up with eight brothers and two sisters. His proudest career accomplishment was being a volunteer fireman for 36 years in Keene, New Hampshire, North Las Vegas, Nevada, and Bethlehem. He was voted Fireman of the Year with the Bethlehem Fire Dept.

He loved traveling, camping, driving trucks, and listening to music, especially anything by Loretta Lynn. He ended his career as a roofer with Bowman Roofing Co. in Hickory.

In addition to his parents, he was preceded in death by brothers, Henry, Donald, Richard, Raymond, Paul, Louis and infant John Patnaude.

Condolences may be sent to the Patnaude Family at www.drumfh-hickory.com.