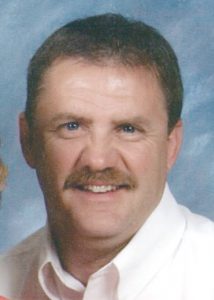 Bill was born on April 16, 1963, in La Chapelle-Saint Mesmin, Loiret, France, to the late Samuel Leo Sadberry and Ruth Blackburn Sadberry. Following his father’s retirement from the US Army, the Sadberry Family resided in Wilkes County.

He worked for Emergency Medical Services in Alexander County, Burke County, and retired from Catawba County in 2017. He volunteered with Triple Community Fire Department for 15 years. He had worked for Rural King for the past year.

He was a member of First Assembly of God in Morganton. Willis had a servant’s heart and was always quick to help his fellow man and leave the world a better place than he found it.

In addition to his parents, he was preceded in death by his twin brother, Wendell Curtis Sadberry.

Funeral Services will be held at 3:00 p.m., Thursday, January 24, 2019 at First Assembly of God, in Morganton, with Rev. John White and Rev. Freddie Lindsey officiating. Interment will follow at Burke Memorial Park with military honors conducted by the N.C. National Guard and the Caldwell County Honor Guard. The family will receive friends Wednesday from 6:00-8:00 p.m. at Heritage Funeral Service in Valdese, where the body will remain until placed in the church 30 minutes prior to the funeral hour.

An online guestbook and obituary is available at www.heritagefuneralservices.com.

Heritage Funeral Service & Crematory of Valdese is serving the family.