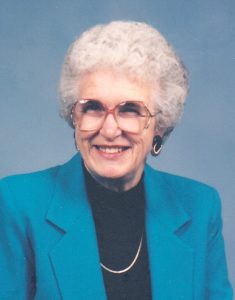 Mary “Maggie” A. Cothran, 85, of Hiddenite, entered her eternal home to forever be with her Lord and Savior on Sunday, January 20, 2019 at Valley Nursing Center.

She was born on April 1, 1933, in Alexander County, the daughter of the late Juette C. and Elsie Echerd Austin. During her career, she worked at Crown Drug Store in Taylorsville and then later had the privilege to be able to stay at home and take care of her husband, children, grandchildren, and great-grandchildren. They meant the world to her.

Maggie was a member at Bethlehem Baptist Church, where she served as a Sunday School teacher and sang in the group the Sing Seniors. She also had a great passion for painting.

Along with her parents, she was preceded in death by her husband of 57 years, Bobbie F. Cothran; infant daughter, Gail Lynn Cothran; son, Jeffrey A. Cothran; brother, Ray Austin; and sisters, Thelma Houston and Tressie Townsend.

Those left to cherish her memory include her children, Tracey C. Icenhour and husband Justin, and Wayne L. Cothran and wife Cindy; eight grandchildren; and 10 great-grandchildren.

The family will receive friends on Tuesday, January 22, 2019 from 3:00 p.m. – 4:00 p.m. at Bethlehem Baptist Church. The funeral service will follow at 4:00 p.m. with Rev. Bill Orren officiating. Burial will follow in the church cemetery.

In lieu of flowers, memorials may be sent to Bethlehem Baptist Church Building Fund at 7500 NC Hwy 127, Taylorsville, NC 28681.