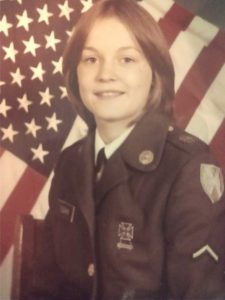 Patricia was born December 30, 1958, in Greenville, Mississippi, to the late Grady Osbarn, stepmother, Marry Lee Osbarn, and her mother, Annie Sue Simpson Osbarn, who passed away when Patricia was a child. Patricia was a homemaker, and she was of the Baptist faith.

In addition to her parents, she was preceded in death by a brother, Ronald Wolf, and a granddaughter, Savannah Andolina.

Condolences may be e-mailed to the Anthony Family by visiting our website at www.chapmanfuneralhome.com.