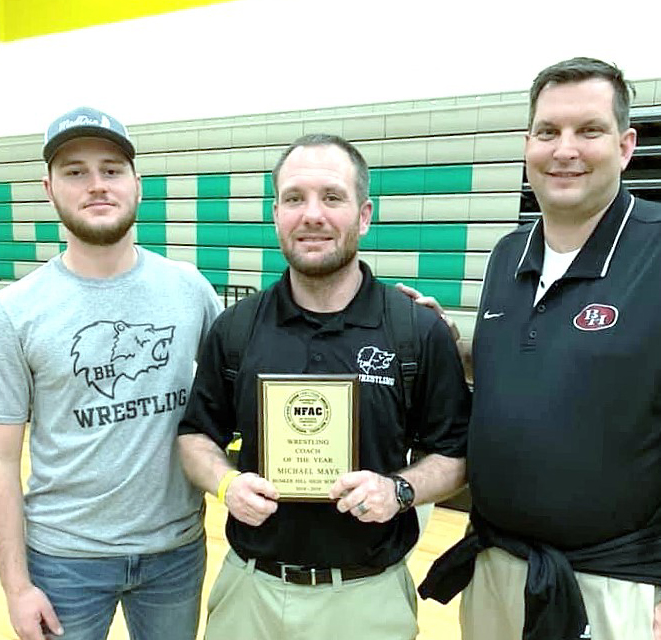 Alexander County native Michael Mays  has been  selected as the Northwestern Foothills Conference Wrestling Coach of the Year for the 2018-19 season. Mays is the head coach for the Bunker Hills Bears’ Wrestling Program and has led the Bears to the dual team state tournament the past three seasons. Prior to spending the last four seasons at Bunker Hill, Coach Mays coached locally at East Alexander Middle School and ACHS. Mays is a graduate of ACHS where he was a standout wrestler with more than 100 career victories. Coach Mays is pictured above with Bunker Hill assistant coaches Scott Thompson, left, Cody Dobbins.