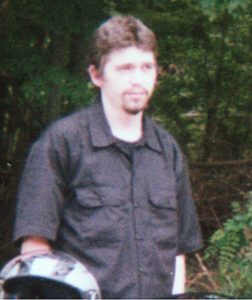 Chuck was born to Mary Ann Kirby on March 5, 1984. Chuck enjoyed traveling, which gave him the opportunity to meet and make many friends.

He loved everything technology related. He was very gifted in this area, and there was no electronic he could not fix.

He was preceded in death by his grandparents, William and Bernice Bumgarner, and Ada P. Hill.

Those left to cherish his memory are his mother, Mary Ann Kirby; step-father, Joel Kirby; a daughter, Nightlyn Illusions, and mother of his child, Kathryn Friesel, both of Ohio; sister, Amy Scott; two nieces, Lacey Bruno and Jayla Gore; and nephew, Bryson Scott, all of Taylorsville.

His wish was to be cremated and a private service will be held at a later date. He will be deeply missed by many.