Reigning NWC  Defensive Player of the Year signs with Bears 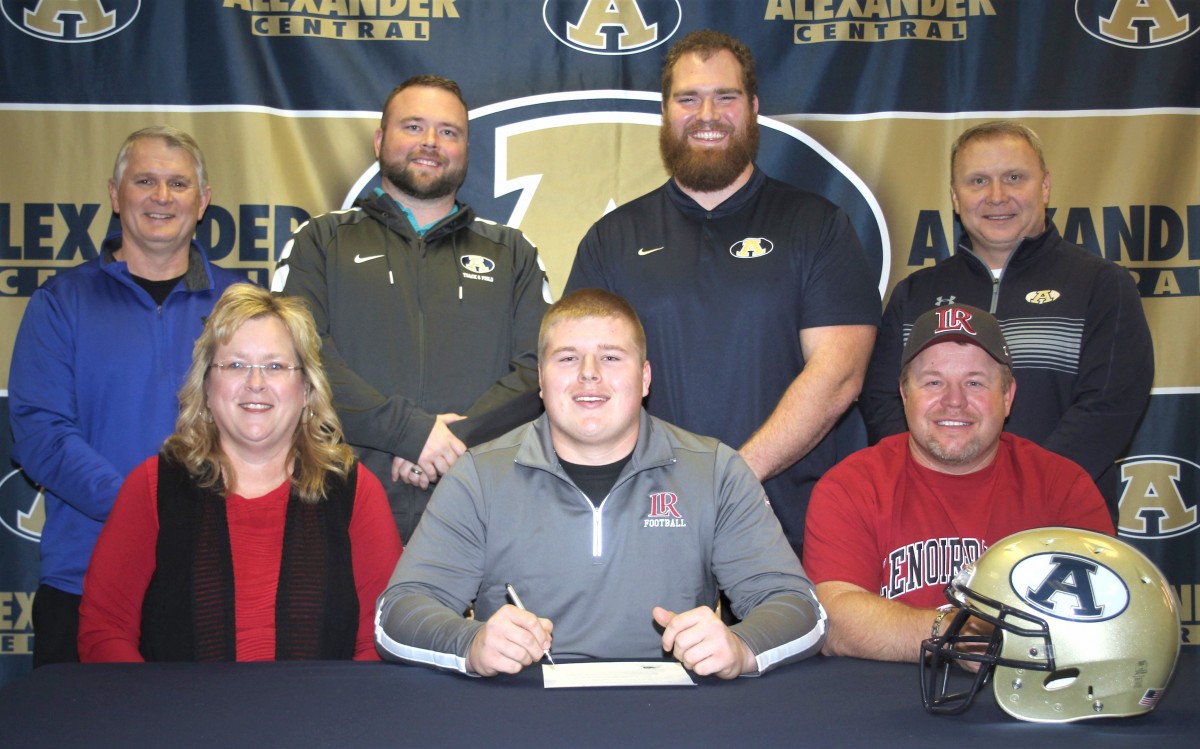 After one of the most decorated football careers in ACHS history, senior Isaac Chapman signed his National Letter of Intent to attend Lenoir Rhyne University on National Signing Day Wednesday morning, February 6. The son of Sonya and Gary Chapman of Sugar Loaf, Isaac is the two-time Defensive Player of the Year in the NWC. In addition, he was voted to the Shrine Bowl of the Carolinas following the 2018 season. He also participated in the Blue/Grey All American Bowl in Tampa, Florida last month.

As a wrestler, Chapman is the defending 3A State Champion at the 285-pound weight class and has already claimed the NWC title this season.

He is pictured above with his parents, Sonya and Gary Chapman. Pictured from the left in the back are: Nick Bazzle, former ACHS Head Coach and current Head Coach at North Lincoln High School; Jonathan Winkler, ACHS defensive coordinator; Chris Marshall, ACHS offensive and defensive line coach; and Alexander Central Head Coach Butch Carter.  Chapman is the second Cougar to join Coach Drew Cronic and LRU in the past two seasons. Last February, Alexander Central’s Gunnar Anderson was a National Signing Day addition for the Bears.