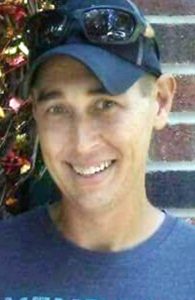 Chad was born August, 5, 1980. He was the son of Jane Rector Fox (Sonny) and the late John Kennedy, both from Statesville. He was a graduate of Mitchell Community College. He enjoyed playing baseball all during his school years, especially when his team traveled to Asheville to play in the Nationals & Alexander County All Stars Tournament.

Chad worked in the furniture industry throughout his lifetime. In his spare time, he enjoyed playing the Xbox and taking his children camping and fishing.

He was preceded in death by his brother, “AK” Allen Kennedy on January 31, 2019, and his grandparents, Foy and Rachel Rector, and Durand and Willie Mae Kennedy.

He is survived by his loving mother, Jane R. Fox; two daughters, Kaitlin and Kirsten Kennedy; a son, Chad Lee “CJ” Kennedy Jr; the mothers to his children, Kimberly Lackey Kennedy and Ashley Wilson; a niece, Misha Kennedy; and many other friends and family members.

Condolences may be e-mailed to the Kennedy Family by visiting our website at www.chapmanfuneralhome.com.

Chapman Funeral Home is honored to be assisting the family of Chad Lee Kennedy Sr.