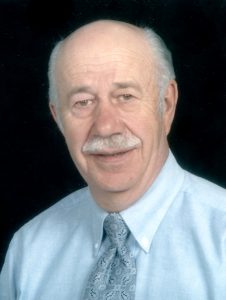 George Alton Bowman, 75, of the Bethlehem Community, passed away on Saturday, February 9, 2019 at his residence surrounded by his family.

He was born on February 22, 1943, the son of the late Lindsey McCree and Fleta Grace Honeycutt Bowman. During his career, George worked as a supervisor in the furniture industry and was the founder of Riverview Sports in Taylorsville. He was a member at St. Luke’s UMC in Hickory and loved to travel, especially to the beach.

George was an avid sportsman and enjoyed hunting in the western states. He was also a flight instructor in Lenoir. George started bee keeping along with his daughter, and did it as long as he could, and then she kept it going.

Along with his parents, he was preceded in death by his brothers Leo and Paul Bowman, and sister, Kathleen Wooten.

Those left to cherish his memory include his wife of 57 years, Peggy Sue Bolick Bowman of the home; daughter, Teresa Bowman Stancil of Hickory; grandchildren, Jessica Stancil of Huntersville, and Sarah and Breann Stancil of Wilmington; great-grandchildren, Vada Edwards and Finn Clemons; sisters, Mary Ruth Little and husband Junior, Ruby Warren and husband Ralph, and Rachel Church; his very dear friend and hunting buddy, Jeff Davis of Bethlehem; along with a number of nieces and nephews.

The family will receive friends on Wednesday, February 13, 2019 from 1:00 p.m. – 2:30 p.m. at Alexander Funeral Service. A memorial service to celebrate his life will follow in the funeral home chapel, at 2:30, with Rev. Larry Melton officiating. Inurnment will be with the family.