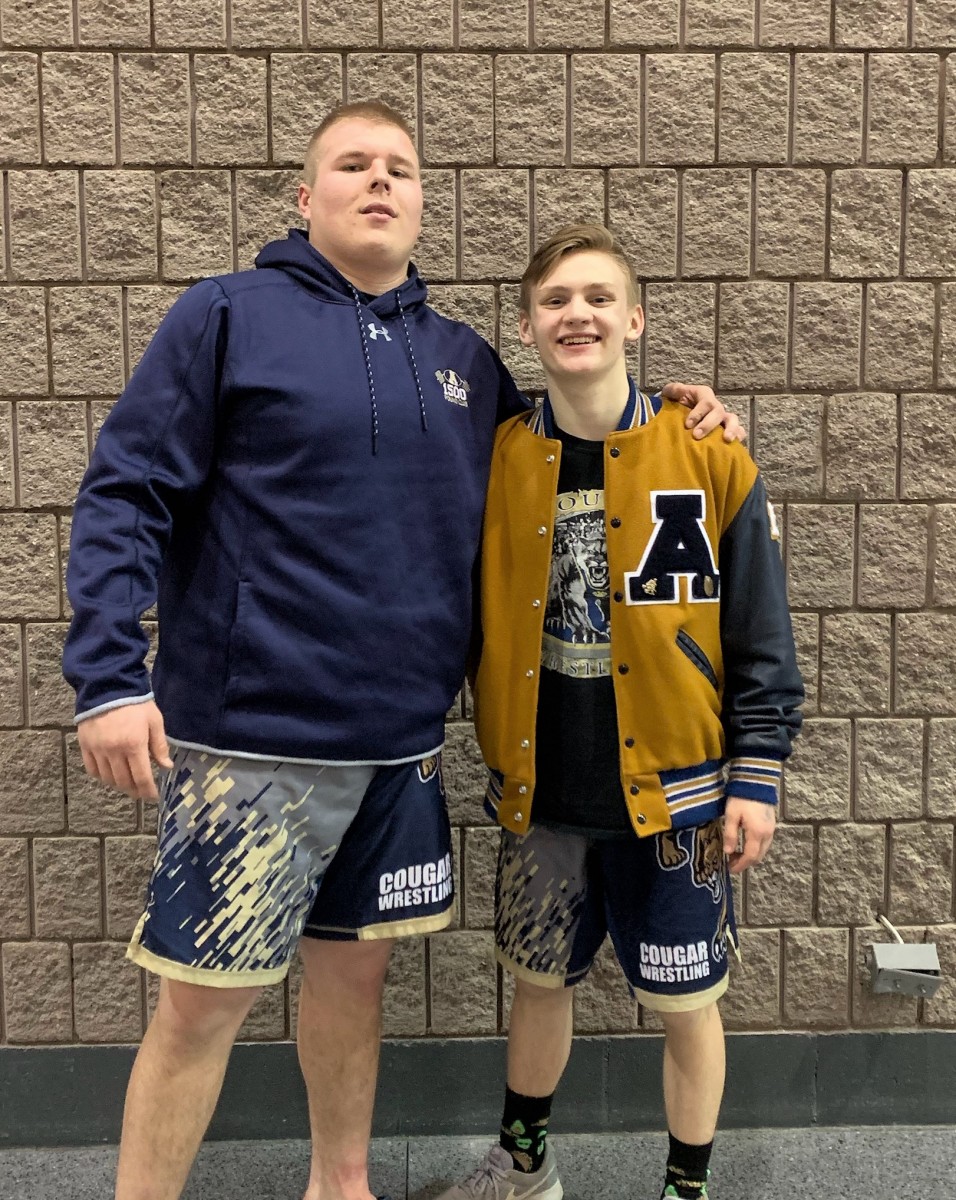 ACHS Senior Isaac Chapman will defend his 285-pound state championship on Saturday evening, February 16, at the Greensboro Coliseum. Chapman, who posted three wins in matches on Thursday and Friday, will face Ashebrook’s Antwon McClee in the title match set for Saturday. McClee enters Saturday’s championship match with a perfect 43-0 record which includes a win over Chapman in last week’s 3A West Regional. Chapman, who is pictured with teammate Chase Treadway, will participate in the Parade of Champions on Saturday at 4:30 pm. The championship matches will begin following the parade of the finalists.

Last season, Chapman became the second state champ in ACHS history when he captured the 3A Heavyweight title.