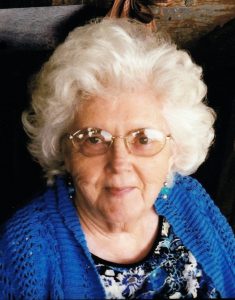 She was born on October 24, 1938, the daughter of the late Jesse George and Thelma Cleo Alexander Elmore. Doris was the co-founder of Johnson Exterminator and had the privilege of being able to stay home and take care of her family. They were the first and foremost in her heart and life.

She loved being able to go to family gatherings and being a part of them. Doris was also an active participant at Word of Life United.
Along with her parents, she was preceded in death by her husband of 37 years, Mitchell Andrew Johnson, Jr., better known as “M.A. Johnson.”

The family will receive friends on Monday, February 18, 2019 from 1:30 p.m. – 3:30 p.m. at Alexander Funeral Service. The funeral service will follow in the chapel at 3:30 p.m. with Del and Lisa Jones leading the service. Burial will follow at Marvin United Methodist Church Cemetery.