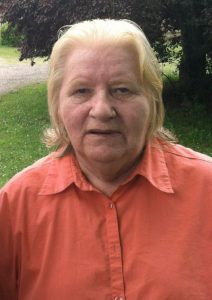 Mrs. Treadway was born September 13, 1941, the daughter of the late Howard Preston Fisher and Annie Greenway.

Along with her parents, she was preceded in death by a son, Charles Roache; two brothers, Clyde and Elmer Fisher; a sister, Georgia Shute; and several nephews and nieces.

Arrangements will be made at a later date with the burial in the Chapman Cemetery, Stony Point.

Condolences may be e-mailed to the Treadway Family by visiting our website at www.chapmanfuneralhome.com.

Chapman Funeral Home is honored to be assisting the family of Survondella Treadway.