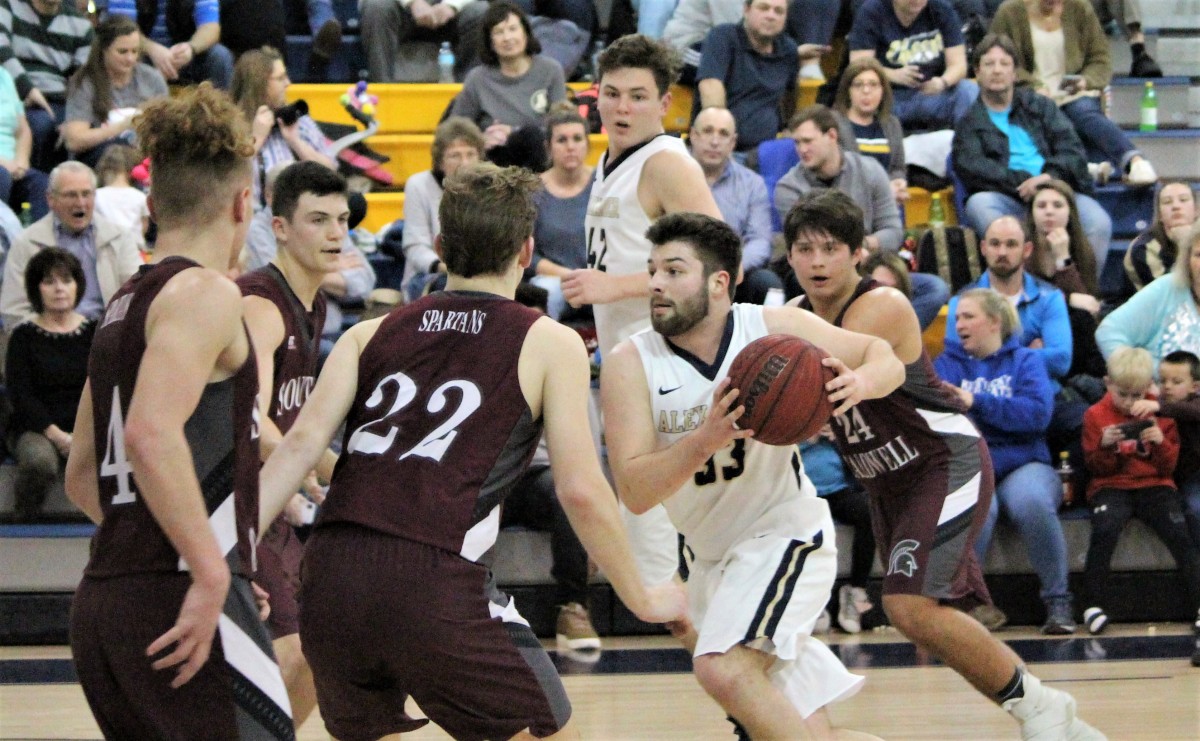 The Alexander Central Varsity Basketball Teams closed the regular season with a doubleheader split against the South Caldwell Spartans on Friday, February 15, in Taylorsville.

The ACHS Men topped South Caldwell 53-37 in the varsity men’s game, avenging a loss to the Spartans earlier this season.

The win upped Alexander’s league record to 9-5. The team improved to 16-8 overall. The Cougars enter the post season tournament as the third seed in the NWC. ACHS will host a first round game against the sixth seed. The final tournament bracket will be released this weekend.

In varsity women’s play, Alexander made a later rally but came up on the short end of a 52-50 game versus the Lady Spartans.

The Lady Cougars closed the regular season with a 2-22 overall record and a 1-13 league mark. N

See more in the Wednesday, February 20 edition of the Taylorsville Times.