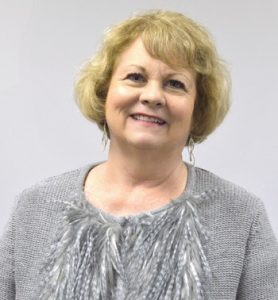 The Alexander County Board of Education has chosen Cindy Thomas Sellers to fill the seat left vacant in District 4. The decision came during a special called meeting of the board on Tuesday, February 19, 2019.

Sellers will fill the seat until the next general election in November 2020, when the two year remainder of the term will be up for election.

Those who applied for the position besides Sellers included: Myles McLain, James Safrit, Tammy Smith, and Nathaniel C. Alexander. Chairman David Odom noted that former school board member Marty Loudermilt, who was not present, had also expressed interest in serving in the role.

Odom noted that Alexander was ineligible as he did not meet the age requirements, according to state statute.

Vice Chairman Brigette Rhyne posed a series of questions to McLain (via phone), and in person to Safrit, Smith, and Sellers.

After interviewing the candidates, the board took a short recess to discuss their notes. A few minutes later, the meeting resumed and Odom noted the method to air a candidate’s name for voting, which he referred to as “Option A,” had been chosen at the Feb. 12 meeting: a board member would make a motion in favor of a certain nominee, and the board members agreeing with the motion would vote affirmative. There would be no “nay” votes cast.

Thus, board member Harry Schrum made a motion to place Marty Loudermilt in the vacant District 4 seat. When put to a vote, only Schrum and Odom voted in favor.

Next, board member Scott Bowman made a motion to have Cindy Sellers serve in the vacant seat. When the board voted, Bowman, Rhyne, Matt Cooksey, and Caryn Brzykcy voted in favor of Sellers.

Odom indicated that he appreciated the interest of the applicants who had hoped to serve on the school board, noted that there are many places they can help volunteer in the community to make a difference. Brzykcy related that she lost her first bid for the school board by 37 votes, but is now in her third term on the board, telling the group if they are interested in serving, to “keep trying.” Cooksey said he hoped the board hopefuls would volunteer in some capacities in the area.

Sellers is a former educator who taught in Alexander County and other schools. She operates Thomas Insurance in Hiddenite.