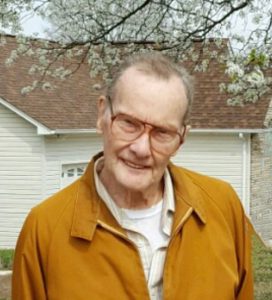 Mr. Danner was born September 22, 1932, in Cabarrus County, the son of the late Clarence Eugene Danner and Irma Brown Danner.

He was a US Air Force veteran, who served during the Korean Conflict, and was a faithful and active member of Rocky Springs Methodist Church. He enjoyed farming and was an aircraft and automotive mechanic, drilled wells, and also did carpentry work. He enjoyed playing the guitar and banjo, and woodworking.

Including his parents, and his step-mother, Clara Griffin Danner, he was preceded in death by his wife, Betty Jean Rodgers Danner; a sister, Erma Jean James; and a brother, Clarence “Sonny” Danner.

Adams Funeral Home and Cremation Services was honored to serve the Danner Family.