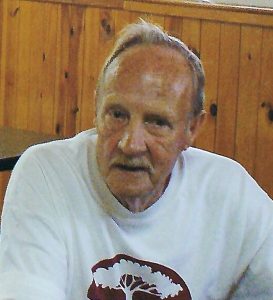 Bobby Ray Taylor, 83, of Hiddenite, passed away at his home on Thursday February 28, 2019 after a lengthy illness.

Mr. Taylor was born February 22, 1936, the son of the late Andrew Jackson Taylor and Octavia Nelson Taylor. Mr. Taylor previously worked as a machinist at the Southern Screw Company.

In addition to his parents, preceding Mr. Taylor in death were three brothers and three sisters and a great-grandchild, Ian Stamper.

In lieu of flowers or food, the family requests that donations be made to Gordon Hospice House of Statesville or to the American Cancer Society.

Condolences may be e-mailed to the Taylor Family by visiting our website at www.chapmanfuneralhome.com.

Chapman Funeral Home is honored to be assisting the family of Bobby Taylor.