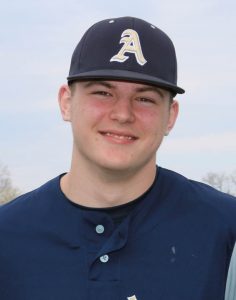 The Cougar hurler fanned 13 and walked just three as the Cougars evened their NW 3A/4A record to 1-1 on the young season. He mowed down 22 of the 25 batters he faced in the complete-game mound effort.

Offensively, ACHS (2-3,1-1) collected five hits in the win. Bryson Hammer tallied a pair of hits and drove in three runs, while Byron Younts added one hit and three runs scored.

LADY COUGARS BOUNCE BACK WITH WIN

The Alexander Central Softball Team rebounded from a loss to South Caldwell to topple Watauga 10-0 in the home opener on March 7, at Central Park.

Freshman Faith Carrigan upped her mound record to 2-1 win a complete-game three-hitter in the pitcher’s circle.

The ACHS Men’s Tennis Team slipped to 1-3 on the season with a 6-3 road loss to North Lincoln at Pumpkin Center.

The doubles team of Patterson and Cameron White claimed a win in doubles action.

The Lady Cougar Soccer Team played its second game in the Wilkes Central Tournament at Lowes Park in Wilkesboro. In Thursday’s contest against the host team from Wilkes Central, the Alexander club suffered an 8-0 setback.