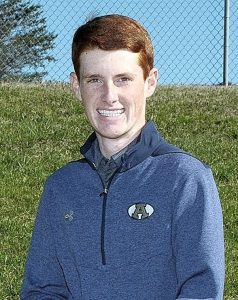 West Caldwell carded a team score of 325 to win the match, which was hosted by South Caldwell High School. ACHS earned a runner-up finish with a score of 328. The Cougars finished a dozen shots in front of third-place Hickory (340). The host team from South Caldwell placed fourth with a team total of 360.

For Alexander, junior Cole Carrigan notched an 80 to lead the Cougars in the 18-hole match. Kamden George recorded a score of 81, while Landon Dula fired an 82. Adam Huffman (85) and Christian Osmer (94) rounded out the Alexander scoring.