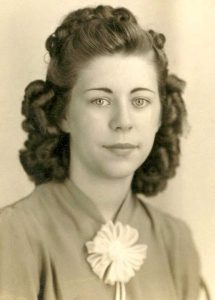 She was born June 17, 1922, in Alexander County, to the late John Ray Thomas, Sr. and Trenna Ruth Teague Thomas.

In addition to her parents, she was preceded in death by her husband, William C. Hamlet; a brother, John Ray Thomas, Jr.; a twin sister, Betty T. Brookshire; two brothers-in-law, Wallace Brookshire and Bill Hensley; and a sister-in-law, Virginia Hensley.

Mrs. Hamlet graduated from Hiddenite High in 1939. She had worked in administrative/clerical for the U. S. Government with the Social Security Administration, where she retired in January 1985.

Survivors include two nephews, Richard Brookshire and wife Ann of New Canaan, Connecticut, and John Thomas and wife Margaret of Columbus, Georgia; two nieces, Janet Elder and Barbara McGee and husband Jim, all of Charlotte; a sister-in-law, Joanne Thomas of Taylorsville; and a great-nephew.

Greer-McElveen Funeral Home and Crematory is assisting the Hamlet Family.