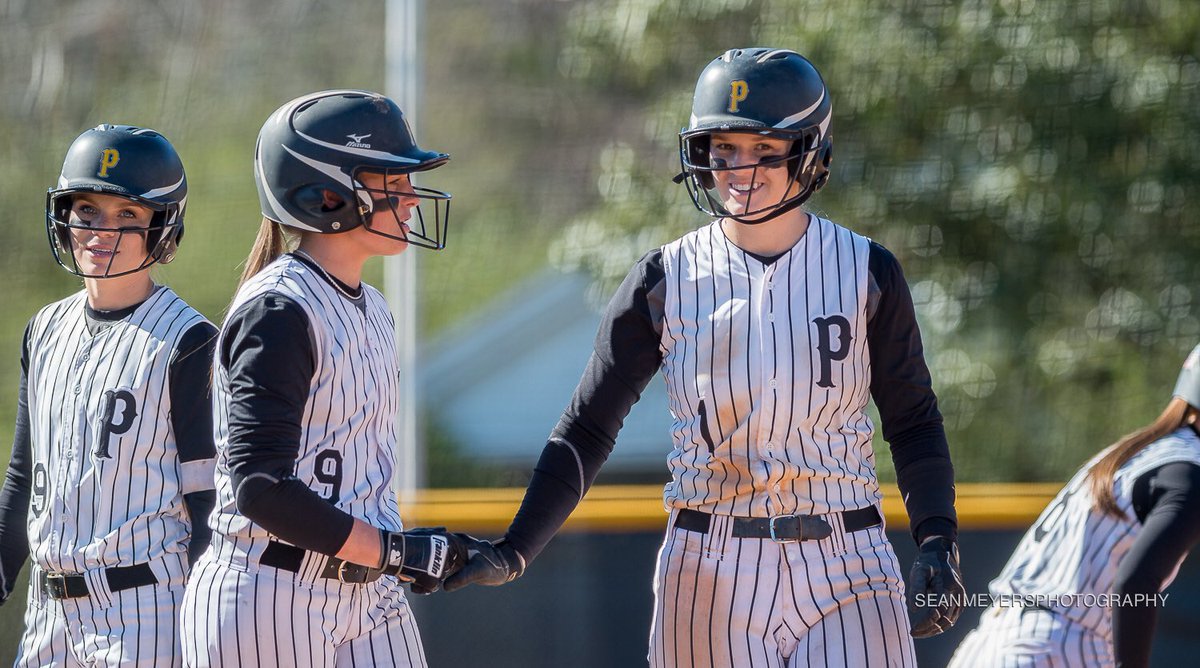 MILESTONES REACHED – Vada Sherrill reached 200 runs and 200 hits in her college career in the same inning on Tuesday.

Misenheimer, N.C.   –The Pfeiffer University softball team split a USA South doubleheader with Salem College on Tuesday afternoon, March 12,  at Jack Ingram Field.  The Falcons took game one 5-1 and fell in game two to Salem, 5-3.
Pfeiffer got two RBI from both Vada Blue Sherrill and Hannah Tyner in game one and got a homerun from Kari Westerbeek to take the 5-1 win.  Sherrill would go 1-of-3 from the plate and scored a run while Tyner went 2-of-2.
Pitcher Kiana Millsaps recorded her seventh win of the season, pitching seven innings and scattered three hits while striking out two to earn the win.
In game two, Salem scored three runs in the sixth to take the 4-3 lead and added another in the seventh and held the Falcons at bay in the home half of the seventh to take the 5-3 win.
Makenzie Pennell lifted a homer for the Falcons while Sara Brown contributed an RBI on a 1-of-3 outing from the plate.  Sherrill entered the Pfeiffer record books once more with her single in the fifth inning, the 200th hit of her Pfeiffer career, which sets the all-time mark.  She would also score her 200th run of her career later in the inning.
Millsaps suffered her first pitching loss of the year, falling to 7-1. She managed 5.1 innings of work, struck out two and allowed four runs.