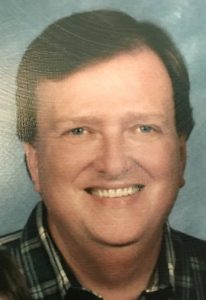 Mr. Burgin was born November 20, 1953, in Alexander County, and was the son of the late Robert Lee Burgin, Sr. and Alta Clyde Daniels Burgin.

He was a graduate of Alexander County Schools and, in 1991, he married Dru Burgin. He was a member of Western Avenue Baptist Church and was a program director and well recognized radio personality for WFMX and numerous other stations. He later worked for Sells Moving and Storage Company. He was a member and officer of the NC Movers Association and was a recipient of the NC Mover of the Year Award.

He was preceded in death by a brother, Robert Lee Burgin, Jr.; and four sisters, Janice B. Burgin, Arlene B. Kerley, Julia Burgin, and Carol Burgin.

Memorial services will be held at 2:00 p.m., Tuesday, April 9, 2019 at Western Avenue Baptist Church with Rev. Jeff Spry officiating. The family will visit with friends on Tuesday from 1:00-2:00 p.m.

In lieu of flowers, memorials may be made to Bicycling to Boone for Rainbow Kidz and IGNITE Initiative of Western Avenue Baptist Church.

Troutman Funeral Home is serving the family of Alan Burgin.