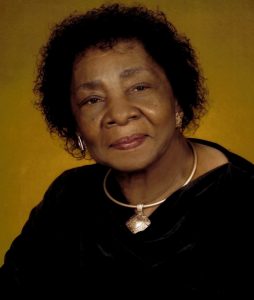 Carolyn Feimster Houpe, of Stony Point, transitioned peacefully on Thursday, April 25, 2019 at Iredell Memorial Hospital surrounded by her daughters. She was lovingly referred to as “Boots” by friends and family.

Carolyn was born on October 22, 1931, in Iredell County, to the late Eula Feimster.

She was educated at Unity High School. Later in life, at the age of 62, Carolyn earned her Associates Degree in Criminal Justice from Mitchell Community College. She then went on to obtain her certification in Early Childhood Education.

She held numerous jobs during her lifetime including employment at Dixie Seating, Wilson Security, and Stony Point Hardware. She was also a notary public for the state of North Carolina.

She was a lifetime member of Logan Presbyterian Church where she served faithfully as a Sunday school teacher. She was married to the late John Thomas Houpe.

A celebration of life service will be conducted Tuesday, April 30, 2019, at 2 p.m., at Logan Presbyterian Church. Rev Kaye Barrow-Ziglar will be officiating the service. A visitation of family and friends will be held at 1 p.m., prior to the service.

Condolences may be e-mailed to the Houpe Family by visiting our website at www.chapmanfuneralhome.com.

Chapman Funeral Home is honored to be assisting the family of Mrs. Carolyn Houpe.